This Is Why Millennials Are Spending Money They Don’t Have 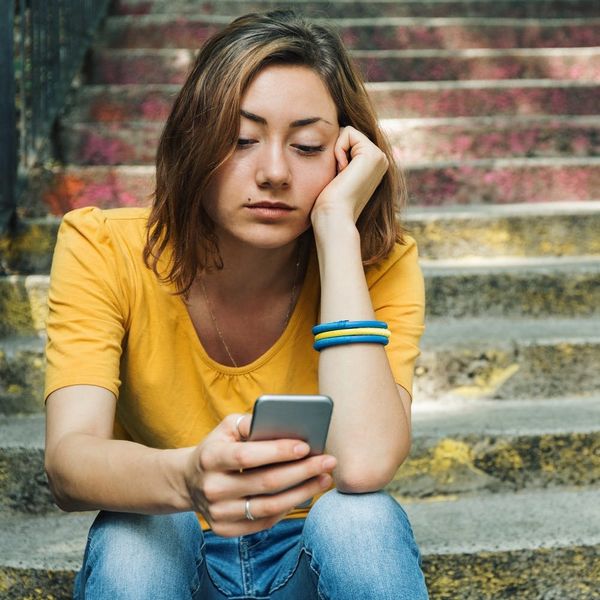 Whether you’re wary of social media or think that it’s the best thing to happen to the world, you have to agree that the ability to scroll constantly through images of the lives of our friends (and enemies) has intensified the Fear of Missing Out (FOMO). Truthfully, it’s a phenomenon as old as time, but now that we have social feeds to more clearly and immediately see what exactly we think we’re missing out on, it seems that FOMO is just about everywhere.

It even extends to your wallet. According to a March 2018 study of more than 1,000 American millennial consumers by Credit Karma and Qualtrics, “spending FOMO” is a problem all on its own. Spending FOMO is the tendency to make decisions about what and how much we buy based on the fear of missing out on what our friends are doing (whether it’s a vacation or a getting new pair of shoes). Credit Karma started picking up on FOMO-related financial behaviors during an internal study and decided to research the trend at a larger scale.

“This is not only very real, but it has an impact on both how people feel about themselves and the type of spending and saving they do,” Credit Karma director of content Katie O’Connor tells us.

According to the study, 39 percent of people between the ages of 18 and 34 have spent money they didn’t really have simply to keep up with their friends. What’s perhaps even more concerning is the extent to which these behaviors are kept secret. Seventy-three percent of respondents who admitted to going into debt in order to avoid spending FOMO say their friends know nothing about their dicey financial situation. And people know they can’t go on like this: 36 percent of study participants say they doubt they can keep up with their friends for another year without going into debt. Kind of takes FOMO to a new level, huh?

Check out these tips for combatting spending FOMO, regardless of how much time you spend scrolling through your feeds.

1. Know your triggers. According to O’Connor, the biggest spending FOMO catalysts for millennials are travel, music festivals, weddings, sporting events, and brunches. It’s totally cool that millennials value experiences like this over stuff, but experiences come with a price tag too. Step back and make sure you understand what expenses most tempt you to overspend so that you can better evaluate them within your budget moving forward.

2. Bring cash. You and some friends have plans to go to happy hour after work. Fun! Instead of whipping out your credit card, use cash. Withdraw a set amount before the event, then commit to spending no more than that amount. “When that cash is done, you know it’s time to go home,” O’Connor says. “It’s a great way to take that temptation away from a high-pressure situation where you just want to set yourself up for success.”

3. Think about the trade-offs. We totally support you using your hard-earned money on great experiences, but we also challenge you to think more critically about what future experiences you might be giving up when you decide to spend money on something more spontaneous to keep up with your friends. Is $25 better spent on brunch today or saved in a vacation fund so that you can finally go to Paris next year? It’s easy to convince yourself that you can spend money on both, but if you want to avoid going into debt (and we know you do), you really can’t. Thinking in terms of trade-offs might be just the motivator you need to nip your spending FOMO in the bud for day-to-day activities.

4. Change the way you talk about it. “We know from our research that people don’t want to talk about being overextended [financially] with their friends,” O’Connor says. “Rather than saying ‘I can’t afford this,’ a great suggestion is to say ‘I’m budgeting for other things’ or ‘This isn’t really in my budget right now.'” When you reframe your language to sound more confident and proactive about your money, you might actually feel more confident and proactive about your money.

5. Suggest free alternatives. There are plenty of ways to have fun with friends that don’t require spending a dollar. If you want to stand up to spending FOMO, you might need to be the person in the group who gets creative about finding lower-cost options! Research free events in your area or suggest going back to basics with an afternoon in the park or a group Netflix binge.

Implement these tips to fight your spending FOMO without giving up your social life. “You have to live,” O’Connor says. “But it’s not an infinite pie. We just want to make sure we’re empowering people to make the smartest money decisions for them.”

How do you combat spending FOMO? Tweet us @BritandCo!

Alli Hoff Kosik
Alli Hoff Kosik is a freelance writer who is passionate about reading, running, rainbow sprinkles, her lipstick collection, watching embarrassing reality TV, and drinking pink wine. She lives in Brooklyn with her husband and (in her dreams, at least) three golden retriever puppies. Listen to her talk books on The SSR Podcast.
Adulting
Adulting
Adulting Self
More From Adulting