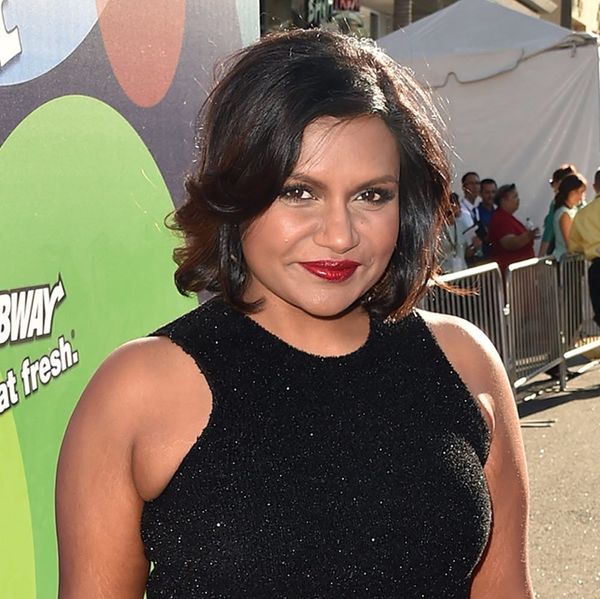 Oh, Mindy Kaling. You always say exactly what we are thinking, but manage to say it in an even a funnier way. Last night, Kaling was talking about being a bridesmaid on Late Night With Seth Meyers (watch the interview here) and she summed it up pretty well i.e. it’s actually a lot of work that you have to do in a hideous dress. “Although it sounds kind of glamorous when you’re younger, you’re essentially a maid, you’re like an unpaid slave to the wedding,” she explained to Seth. “You’re a maid, and you know it because you’re wearing a dress that’s the same color as the other maids, like your uniform.”

And, of course, she points out that all this is SO not the case with the men folk. “When you’re a groomsman, you’re technically supposed to be helpful but all they do is drink beer and play with the dogs and stuff.”

She went on to say that the same gender bias also applies to the speech giving portion of the evening. “I feel like I need to give an incredibly touching speech that’s funny in parts,” she told Meyers. “And all you have to do is say the place you guys went to college and every girl wants to sleep with you.”

We love our men and women in white, but think there are some truths to what Mindy’s saying. Let’s also not forget that being a bridesmaid can take a major toll on your bank account. Between the gifts, clothes and parties, an average bridesmaid spends about $1,500-$1,800 on each wedding. Wow. This may contribute to a recent survey that found that 32 percent of UK brides admitted to no longer being friends with at least one of their bridesmaids after the reception. Oy! Watch below and see if you agree with Mindy:

Brides/Grooms, may we suggest hooking up your best ladies with one of these bridesmaid gifts at least?

Meredith Lepore
Meredith is a freelance writer/editor who writes for Levo League, Bustle, Refinery 29, Instyle.com as well as magazines including Marie Claire, SELF, Women's Health and Cosmopolitan. Before going freelance she was Editor in Chief of the women's career site The Grindstone. She earned her Masters in Magazine, Newspaper and Online Journalism from the Newhouse School at Syracuse University. Meredith resides in New York full time and enjoys SoulCycle, jogging and playing with her Yorkshire Terrier Otis, who also loves SoulCycle.
Home News
More From Home News