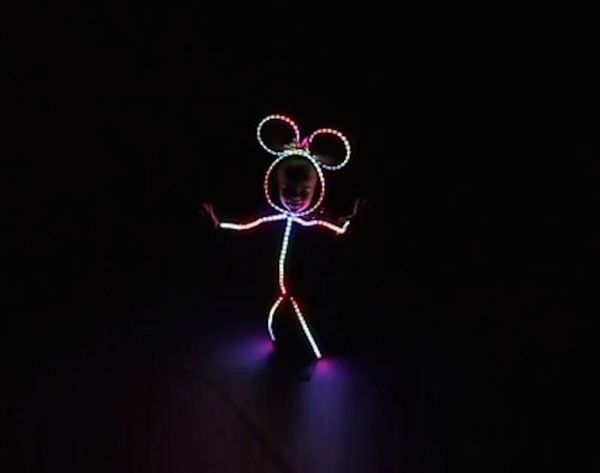 We’re officially putting ourselves up for adoption, and California photographer Royce Hutain is going to be our new dad. After creating an incredible Tron-like LED stick figure suit for his small daughter last Halloween (you might remember it), he made some improvements and suped it up for 2014.

The results are, well, adorbs.

We have watched this video an unreal amount of times today. The little booty shake at the end? DYING. Almost as good as the dog unicorn costume. The LED suit did so well on the Internet last year that Hutain opened up shop, selling costumes on his website Glowy Zoey. The adult version is on sale for $69.99, the kid’s version is $59.99 and the toddler’s version (the cutest!) is $49.99. There are only a limited number of suits available, so you’d better get on that if you want to light up your Halloween haunts this year.

Does your costume light up? Tell us about it in the comments!