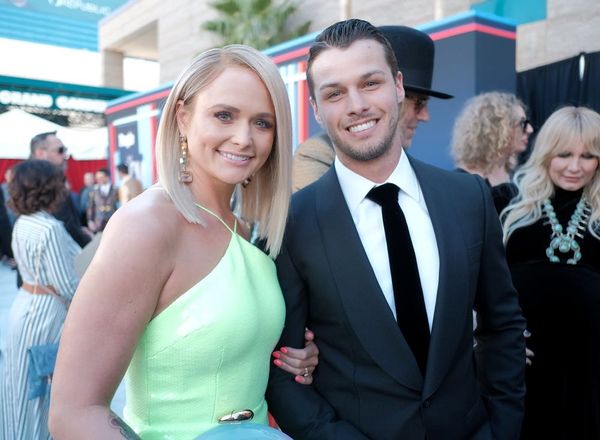 Three months after secretly tying the knot, country superstar Miranda Lambert and new husband Brendan McLoughlin made their red carpet debut together, posing side by side at the 2019 ACM Awards on Sunday, April 7.

Lambert and McLoughlin, an NYPD officer, were all smiles as they walked the red carpet in Las Vegas. The “Vice” singer wore a bold, form-fitting, lime green gown and carried a metallic clutch, while McLoughlin cleaned up in a classic black suit and tie.

Lambert was nominated for Female Artist of the Year and also performed a searing take on her hit single “Little Red Wagon” at this year’s awards. The event was not only her first red carpet appearance with McLoughlin, but their first appearance as a couple at all.

The country star tied the knot in January and announced the relationship in mid-February with a series of romantic wedding photos. “In honor of Valentine’s Day I wanted to share some news,” Lambert wrote on Instagram. “I met the love of my life. And we got hitched! My heart is full. Thank you Brendan McLoughlin for loving me for…. me. #theone.” She included two photos of herself in a wedding dress, posing with her new husband.

This is the second marriage for Lambert, who publicly divorced fellow country star Blake Shelton in 2015 after four years of marriage. McLoughlin welcomed his first child in November 2018 from a previous relationship.