11 Modern Christmas Albums to Ease You Into the Holiday Season 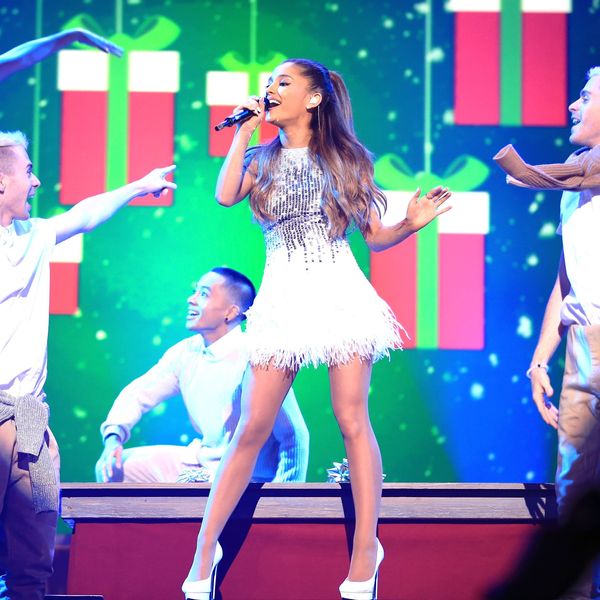 We all know Mariah Carey is the undisputed Queen of Christmas music, thanks to her hit "All I Want for Christmas Is You," which has reigned as one of the season's most-played songs for over two decades. But each year, artists attempt their own take on the holiday, releasing albums of classics and new originals to keep you cozy all season long. This year, why not add these 11 semi-recent — meaning, less than 10 years old — Christmas albums to your rotation? Happy listening! (Photos via Araya Diaz/Getty Images for Caruso + Frederick M. Brown/Getty Images + Paul Drinkwater/NBC + Theo Wargo/Getty Images)

John Legend, A Legendary Christmas (2018): John Legend's warm vocals are perfectly suited to a Christmas album, and this year, he finally released one. A Legendary Christmas features both original tunes and classics like "The Christmas Song (Chestnuts Roasting on an Open Fire)" and "Silver Bells," which he'll perform on a 25-date tour — and on a TV near you during his Christmas special with Chrissy Teigen. (Photo via Paul Drinkwater/NBC)

Jessie J, This Christmas Day (2018): Jessie J puts her own pop-star spin on Christmas classics such as "Jingle Bell Rock," "Let It Snow," and more on her first holiday album. She also joins forces with R&B legends Boyz II Men and Babyface, the latter for an appearance on the sole original tune and title track of the album, "This Christmas Day." (Photo via Leon Bennett/Getty Images)

Gwen Stefani, You Make It Feel Like Christmas (Deluxe) (2018): This is technically a re-release of Stefani's 2017 Christmas album, but with five new tracks, including two originals and three covers, we're perfectly okay with that. Check out the title track duet with her boyfriend Blake Shelton — complete with a brand-new video! (Photo via James Devaney/GC Images)

Pentatonix, Christmas Is Here! (2018): A cappella icons Pentatonix are back with their fourth (!) holiday album, featuring classic and modern songs alike — including a cover of "Making Christmas" from The Nightmare Before Christmas. The group is taking their festive tunes on tour, too, and you can check out the dates here. (Photo via Theo Wargo/Getty Images)

Jessie James Decker, On This Holiday (2018): Country-pop singer Jessie James Decker brings her sound to a set of holiday classics and brand-new original gems, including the upbeat "Baby! It's Christmas." (Photo via Daniel Zuchnik/WireImage)

Hanson, Finally It's Christmas (2017): Twenty years after the "MMMBop" group released their first Christmas album, Snowed In, they returned with an updated offering of modern classics — including their take on Mariah Carey's "All I Want for Christmas Is You" — as well as four new originals. The album even features the band members' kids. (Photo via Jason Kempin/Getty Images for St. Jude)

Ariana Grande, Christmas & Chill (2015): Ariana Grande is having one of the biggest years of her career, making it the perfect time to revisit her understated second holiday EP, Christmas & Chill. The EP signaled a shift in Grande's sound, so fans of her current R&B-influenced pop jams will love it. (Photo via Christopher Polk/WireImage)

Justin Bieber, Under the Mistletoe (2011): Justin Bieber had an instant classic on his hands with 2011's Under the Mistletoe, and seven years later, it still holds up. With his young pop-star takes on classics, plus some original flair — and not to mention guests like Mariah Carey, Busta Rhymes, and more — it's a must-have for any home during the holidays. (Photo via George Pimentel/WireImage)

She & Him, A Very She & Him Christmas (2011): If it feels like She & Him's 2011 Christmas album has been around as long as the classic tunes they cover, it's because their soothing indie-folk sound is perfect for the season. (Photo via Stephen Lovekin/Getty Images)