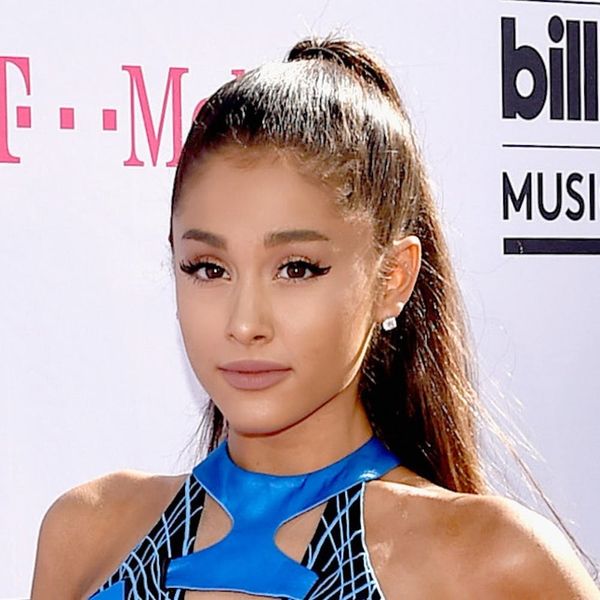 Fans show their support as Ariana Grande returns home to Florida after the attack. Check that and more of this morning’s top news out below.

1. As more details come to light in the terrorist attack at Ariana Grande’s Manchester concert Monday night, and as the young victims are identified, Grande has made her way home to Boca Raton, FL, where she was greeted by family and boyfriend Mac Miller at the airport. Grande has canceled some shows on her tour and will no doubt need time to begin to process and cope with what happened, and her devoted fan base — her Arianators — have stepped up to support and stand behind her, reminding her that what happened is in no way her fault. The #ThisIsNotYourFaultAriana hashtag has surfaced (often accompanied with the bunny ears ribbon logo that has also sprung up in support) with many fans reminding her and each other that “this fandom is a FAMILY.” Unconfirmed rumors are suggesting that Grande has even reached out about paying for victims’ funeral costs.

2. And the winner of Dancing With the Stars is…. Rashad Jennings and Emma Slater! NFL star Jennings had, on Monday’s episode, said that he never won anything — so at least now he’s got his mirror ball trophy.

3. Snapchat’s new customized stories feature will be amazing for prom season. It’s no secret that Instagram (and by extension, Facebook) have pretty blatantly liked and used many of Snapchats picture and video messaging functions, but now Snapchat is launching a new Story function that lets you and your friends create and add to your own geofenced stories. You select who can see and add to the story, letting you and your friends make your own little digital scrapbook of an event. Pretty cool.

Spicy Skittles and Starburst are a thing now.

Food Business News. No word yet on when Skittles Sweet Heat and Starburst Sweet Heat be available, but we’ll DEF be trying these. (Image via Wrigley/Mars)

is inspiring more people in need of help to seek it out. Despite being criticized for the way the show handled mental health and suicide, the Crisis Text Line tells Teen Vogue that 3 percent of people messaging them are mentioning 13 Reasons Why in their texts. Of those people, 67 percent are texting for the first time. Pretty cool. (h/t Teen Vogue, image via Netflix)
Nicole Villeneuve
Nicole is an entertainment and lifestyle writer covering pop culture, news, and cool women doing cool things. She likes yard sales, MTV's Teen Mom, and putting too many memes in the group chat. She lives in Toronto.
Morning Buzz
Celebrity News
Morning Buzz
More From Celebrity News