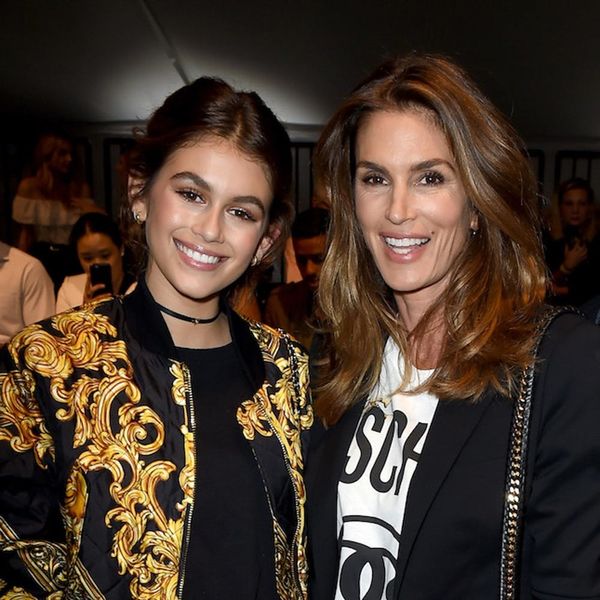 From a mother-daughter supermodel double take to a rekindled romance, check out six of today’s top news items below!

1. No, you’re not seeing double. Cindy Crawford’s 14-year-old daughter Kaia Gerber is a dead ringer for her famous mom, coming more and more into her own as a supermodel in her own right. “In @CoandCo,” Cindy captioned the photo of her and Kaia in matching jumpsuits — AND poses. “Loving the jumpsuits @CocoRocha!” The two recently posed for the cover of Vogue Paris together as well. Adorbs.

2. Chloë Grace Moretz is FED UP with internet trolls. It isn’t clear what exactly spawned her seven-part tweet, but it is clear that Chloë is very over anonymous online hate. “Does it make you feel good typing your hateful comments? Does it fulfill you in some dark way?” she wrote, saying that she’s spent most of her life in front of cameras being criticized and pointing out that trolls fail to think of the real human they are effecting with their actions. “It’s time we all stop hiding behind keyboards pretending we know even the smallest thing about the people we judge.”

3. Um, are you trying to tell us something, Kylie? Rumors have been swirling this week that Kylie Jenner and Tyga are back together after just over a month-long breakup, and she all but confirmed it on her Snapchat last night, posting photos of PDAs galore. The latest rumor is that he has moved back into her house, but you know what they say — Snapchats or it didn’t happen!

4. Is Apple trying to stop you from taking photos and videos at concerts?! According to 9to5Mac, Apple has had a patent that disables photo and video capabilities in certain places approved. The camera would receive the info via an infrared signal or by location. There’s been no confirmation on if this technology will be implemented yet, and while watching a concert through someone else’s cell phone can be aggravating, it would not be cool to not even be able to snap a picture or short video for your own digital scrapbook. (h/t Gizmodo, photo via Ethan Miller/Getty)

5. How To Dad is the video series you need in your life. This latest video of a New Zealand dad “teaching” his baby to perform various household tasks is funny enough in itself, but the whole channel is just charming #parentinggoals gold.

6. Quote of the day: “The circumstances would have to be pretty extraordinary. But then I am sure Harrison Ford said that with Han Solo, and look what happened there.” Daniel Radcliffe says he’s not entirely ruling out more Harry Potter in a recent interview (!!!).

Would you watch MORE Harry Potter movies? Let us know over @BritandCo!