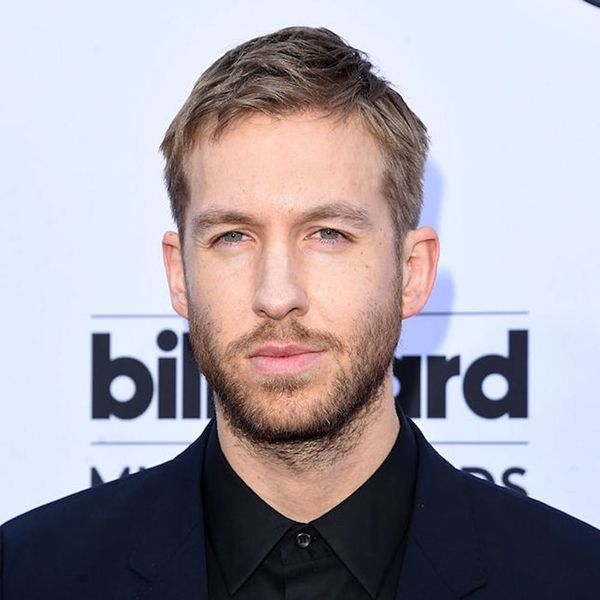 More drama for Katy and Taylor and more controversy from the White House lead this morning’s top news stories. Check those and more out below in today’s Morning Buzz!

1. Calvin Harris announced his star-studded new album on social media yesterday, featuring appearances from John Legend, Ariana Grande, Nicki Minaj, and Travis Scott, to name just a very few of the many guests, but it was Katy Perry’s name that caused the record-scratch you hear in the distance. Perry, of course, has a long-running feud with Harris’s ex, Taylor Swift, and many see this as some not-so-subtle shade. “People are stupid if they think Calvin’s collab with Katy is not bcs out of his pettiness towards Taylor,” one Twitter user summed up for Swifties. Your honor, we plead the mouth-zipped-shut emoji. Funk Wav Bounces Vol.1 will be out on June 30.

2. The controversy continues in President Trump’s administration, as FBI Director James Comey has been fired. Comey was leading the criminal investigation into whether Trump’s administration colluded with Russia in the US Election. Many heard of the breaking news through the media and Twitter — including Comey. The New York Times reports he had been in Los Angeles and was giving a speech to FBI employees “when a television in the background flashed the news that he had been fired.” He thought it was a prank. Some jokes did make their way into the news, however: The Richard Nixon Library tweeted the troll-y “fun fact” that Nixon never fired the Director of the FBI. (Photo via Alex Wong/Getty)

My heart is broken. I don't want write this post. I don't want to believe that this is reality. I am so thankful for you. pic.twitter.com/Atp5EE3jX6

3.RIP Rob & Big star Christopher “Big Black” Boykin. The MTV star died of a heart attack, according to People. He was 45. Big’s costar, Rob Dyrdek, paid emotional tribute to his friend and costar with a series of tweets and Instagrams, expressing shock at the loss and deep gratitude for his friendship.

That time North gets a time out &is a little too quiet…I go in her room 2check on her &she made her own spa &tells me she's chilling out 😂 pic.twitter.com/5MtW8vfAbK

4.North West turning her time out into a spa to “chill out” is GOALS. Dead.

5. The new Orange Is the New Black trailer is devastating. It’s been a rough go for season five of OITNB, after a hacker leaked all the new episodes and then episode descriptions went up on Wikipedia before the premiere date next month. The first full-length trailer dropped, and as we anticipated, it’s a tense one. The Litchfield inmates are mourning Poussey’s death, and tensions at the prison are at an all-time high. Not long to (officially) wait now — OITNB season five drops June 9.

Are you a patient or impatient person? Let us know @BritandCo!