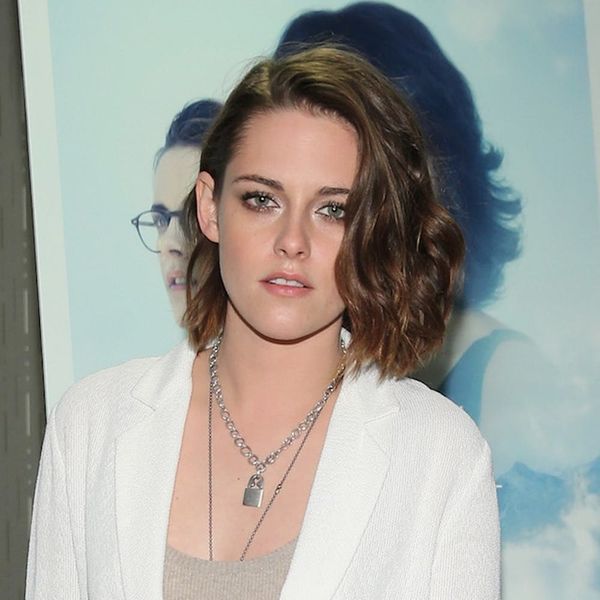 Kristen pulls a Katy and the world celebrates International Women’s Day in this morning’s top news stories. Check those and more out below in the Morning Buzz!

And we thought Katy Perry made some

this week! Kristen Stewart showed off an edgy new buzzed-n’-bleached look at the Personal Shopper premiere last night, just a day after showing up at another event with a sleek brunette bob. “What a difference a day makes #kristenstewart so punk” her makeup artist Jillian Dempsey wrote in an Instagram caption, while hairdresser Bridget Brager said they simply “tried something a little different today.” We LOVE it. (Photo via Alberto E. Rodriguez/Getty Images)

National Day Without Women or more quietly showing your appreciation for the amazing women in history and in your life, take a moment to check out today’s Google Doodle, which today “celebrates some of the female pioneers who paved the way to where we are today.” (Image via Google)

Rolling Stone, Sheeran basically calls his friend Swift an amazing wingwoman, saying that when he toured with her on her Speak Now tour, he had some fun with some of her friends. “Taylor’s world is celebrity,” he explained. “I was this 22-year-old awkward British kid going on tour with the biggest artist in America, who has all these famous mates. It was very easy. I would often find myself in situations just kind of waking up and looking over and being like, ‘How the f**k did that happen?'” Sheeran is now of course happily maybe-married to his girlfriend Cherry Seaborn. (Photo via Anna Webber/Getty)

My hairstylist @giannandreahair biked by this poster and literally had to #LookBackAtIt before realizing he styled it. 😘 #JSInTheWild (PS congrats on your outstanding achievement in hairstyling at the @hollywoodbeautyawards!)