Morning Buzz! Mandy Moore’s Pics from “This Is Us” Season 2’s First Day of Filming Are Everything + More 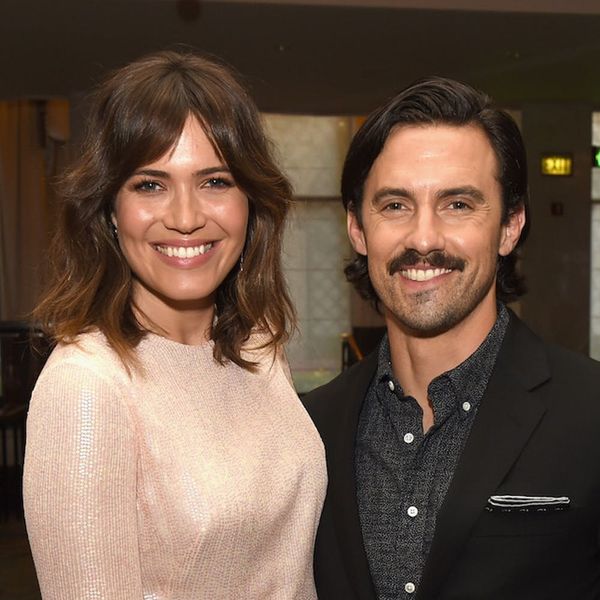 The Pearsons are BACK and lead this morning’s top news stories. Check out that and more below in the Wednesday Morning Buzz!

1. The This Is Us season two premiere date is penciled firmly into our calendars, and now we’re getting a sneak peek at what’s in store in the first pics from day one of filming. Sterling K Brown shared the cutest selfie of himself and his TV parents, Mandy Moore and Milo Ventimiglia, and Moore shared a bunch of behind-the-scenes snaps via her Instagram story. One featured a crew member wearing a hat that said “CRY” (“Is that our mandate this year?”), and another, seen above, featured a potentially big spoiler: a trucker hat with a logo for Big Three Homes. Does Jack start his own construction company?! Hurry up, September 26! (Photo via Mandy Moore/Instagram)

2. A photo book of White House pictures of Michelle Obama is coming. Called Chasing Light, the book will feature 150 color shots along with words from White House photographer Amanda Lucidon, according to the AP. “Mrs. Obama is a source of light and inspiration in my life,” Lucidon said in a statement. “She was a mentor to me and so many people around the world. The work she has done with young people, especially girls and underserved youth, has helped me realize that I want to spend my life helping others reach their fullest potential.” Uhhh, we’ll take 10. Chasing Light is out October 17 from Ten Speed Press. (h/t AP, photo via Joe Raedle/Getty)

3. Kim Kardashian got into and out of the most hilarious non-scandal in one day. Kim Kardashian took to Snapchat yesterday to unveil new items for her Kids Supply clothing line when someone on Twitter pointed out that it looked like there could be ~drugs~ on a table in the background. Kardashian is a known teetotaller and immediately, without question, shut the accusation down, claiming it was pixie stix sugar on the table from their visit to Dylan’s Candy Bar. You could basically hear the eye roll in her tweet. Then, hours later — yes, hours later — she posted a video taken from the same angle, showing the table in the background, and revealed that she had discovered it was just the pattern in the marble all along.

4. Kermit the Frog will get a new voice for the first time in 27 years. The longtime voice of Kermie, Steve Whitmire, will be leaving his role after 27 years, according to EW. He will be replaced by Matt Vogel, who has previously voiced Kermit’s evil doppelgänger Constantine (yes, THAT evil Kermit from all the memes!) in the 2014 movie Muppets Most Wanted. (h/t EW; photo via Lawrence Lucier/Getty)

5. Chrissy Teigen’s impatience for the fancy rose-shaped ice cream trend is too relatable. And this is why we love her. After DIY foods shared a video of the assembly of one of the cones, Teigen replied with a very blunt, “Oh jfc just f***ing scoop the ice cream.” It’s summer, it’s hot, ice cream is delicious, and no one has time for this, okay?

6. Quote of the day: “It is very important to know who you are. To make decisions. To show who you are.” A happy 20th birthday to the amazing and inspiring Malala Yousafzai, whose words always fill us with wisdom.

How do you try to show the world who you are? Let us know @BritandCo!