Morning Buzz! Milo Ventimiglia’s Sweet Note Will Help You Cope With This Is Us’ Latest Ep + More 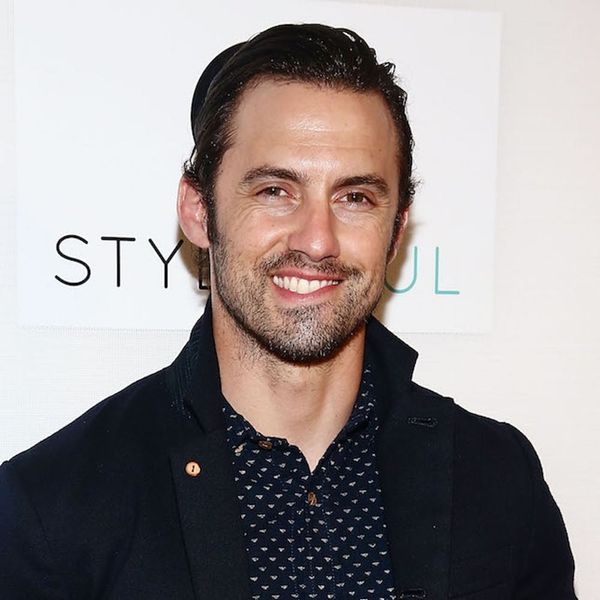 Whether you’re crying from the latest This Is Us ep or from laughter at Chrissy Teigen’s meme, we’ve got all the feels covered in this morning’s top news stories. Check those and more out below!

Just in case you need a note after tonight's episode of #ThisIsUs. #PapaPearsonLovesYou. Tonight 9/8c on @nbc. MV pic.twitter.com/y8FwTGMlLS

1. Hi, are you still an emotional wreck from last night’s This Is Us episode? Us too. Luckily, Milo — AKA Jack Pearson — has you covered if you need to skip work or school or LIFE and just have all the feels. “Dear Sir/Madam,” the pre-written note that he tweeted in advance of the show reads. “Please excuse [your name here] from work/school today, Wednesday. Last night was a very emotional episode of This Is Us. Thank you, Papa Pearson.” No spoilers here, so go watch, then read the recap. And for the love of everything, bring tissue.

John when you tell him he looks like Arthur pic.twitter.com/0NW3NDtAb1

2. Chrissy Teigen once again proves she’s the social media queen with this PERFECT response to people saying John Legend looks like Arthur. Twitter user @sowahblanket recently — and sorta accurately?! — pointed out that John Legend kinda looks just like the kid’s cartoon/beloved meme Arthur. It pretty quickly went mini-viral, and Chrissy responded with the Arthur fist and a caption that read, “John when you tell him he looks like Arthur.” TOO PERFECT.

3. Selena Gomez gave the Weeknd a sneaky little shoutout in a family pic. Selena’s mom posted an adorable pic of a family game night, and Selena’s nod to her rumored BF the Weeknd is so subtle, we missed it the first time around. See the little red screen-printed detail on her black tshirt? That’s the Weeknd’s tour merch. Sooo this means they’re 100 percent totally really official, right? Right.

4. Milo Yiannopoulos resigned from Breitbart News. Just days after the controversial editor had his upcoming book cancelled by the publisher because of pedophilia-related comments in an interview, he announced his resignation, but stated he’d be starting a new media venture shortly. (h/t NYT, photo via Drew Angerer/Getty)

5. This Pop-Tarts cafe is what dreams are made of. Sugary, sugary dreams. Here are some of the things on Kellog’s NYC’s menu: Pop-Tarts burritos, Pop-Tarts Tacos, Chili Pop-Tarts fries, Pop-Tarts Pizza. Drooling yet? The dishes look savory but are all sweet, and made with — duh — Pop-Tarts, plus some additional fruit and candy. The pop-up cafe is open from 8am-11pm until February 26 in Times Square.

6. Quote of the day: “Tomorrow is not promised.” This Is Us star Sterling K. Brown got emotional while taking fan questions on Facebook after last night’s super emosh episode, reminding us that “you gotta let let the people know while they’re here how much they’re appreciated and how much you love them.” Truth.

Do you try to remember to live for the moment? Let us know over @BritandCo.