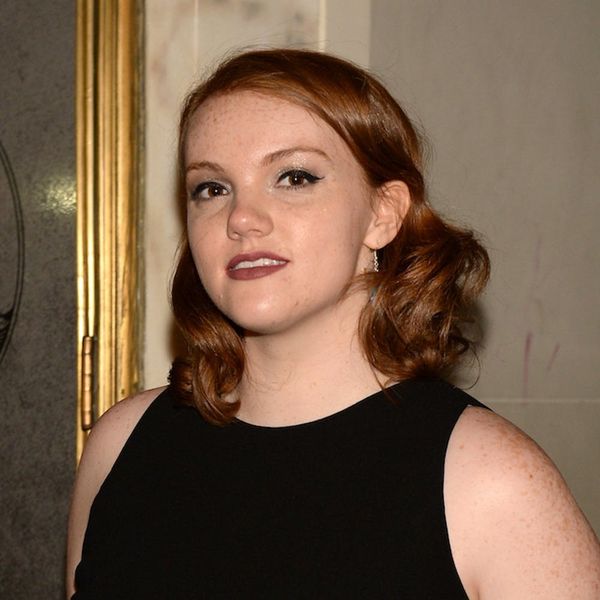 Shannon Purser comes out and Kylie Jenner reveals her squee-worthy new cosmetics collab in this morning’s top news items. Check those and more must-know tidbits out below.

1. After a series of recent tweets admitting that her sexuality had been causing her anxiety, Riverdale and Stranger Things actor Shannon Purser has come out as bisexual. “It’s something I’m still processing and trying to understand” she said in the lengthy tweet, also saying she had recently come out to friends and family. Purser received backlash from the LGBTQ community for a now-deleted tweet she made about shipping Riverdale‘s Veronica and Betty, and used the moment as impetus to be honest about her own sexuality.

2. Former New England Patriots player Aaron Hernandez has been found dead in prison. Hernandez was serving a life sentence for the 2013 murder of his fiancee’s sister’s boyfriend, and just days ago was acquitted of a double murder charge. (via ESPN; photo via Jared Wickerham/Getty)

3. Kylie Cosmetics has revealed who its newest collab is with and we’re dying. Though the details are still sparse, Kylie Jenner has confirmed that her next collaboration will be with none other than big sis Kim Kardashian West. In a KKW x Kylie video posted to her Instagram, Jenner and Kardashian wear smokey eye makeup and dewy, natural faces with sleek, identical-looking hair. No product has been announced yet, but the pair are seen dabbing their lips with a nude gloss, so that COULD be a hint. Jenner previously collaborated with Khloé Kardashian for Kylie Cosmetics on the Koko Collection. Will Kourtney or Kendall be next?!

4. Snapchat’s new AR filters will bring some colorful magic to your world. Called “world lenses,” Snapchat’s latest update is intended to turn the camera away from selfie mode to create some animated augmented reality in your surroundings. If you thought Pokemon Go was cool, this is very next level.

5. Calvin Klein’s newest underwear ads are already iconic. We’re still in love with Calvin Klein’s last campaign featuring the men from Moonlight, and now its newest underwear ad has arrived and is its own kind of amazing. Directed by Sofia Coppola, the black-and-white videos feature Rashida Jones, Kirsten Dunst, Laura Harrier, and iconic 73-year-old model Lauren Hutton, plus many more.

6. Quote of the day: “How can you say young girls don’t get it? They’re our future. Our future doctors, lawyers, mothers, presidents, they kind of keep the world going. Teenage-girl fans — they don’t lie. If they like you, they’re there. They don’t act ‘too cool.’ They like you, and they tell you. Which is sick.” Harry Styles wins over every woman who didn’t already swoon over him with his defense of teenage girl fandom in the new Rolling Stone cover story.

What were you a super-fan of as a tween or young teen? Let us know @BritandCo!