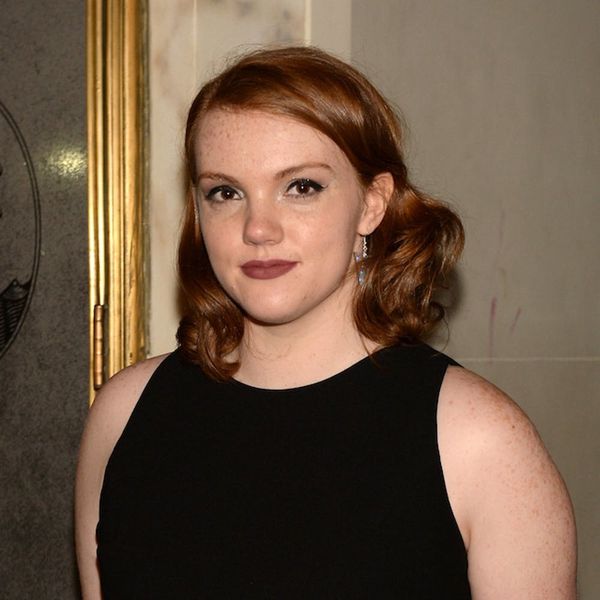 Shannon Purser gets real and OITNB looks intense in this morning’s top news stories. Check those and more out below!

Either way, I know what it's like to have anxiety about it. Especially trying to come to terms with it and my faith. It can be really scary.

1. Shannon Purser’s character Barb became a cult favorite when Stranger Things dropped on Netflix last year, and a recent series of candid tweets about sexuality and faith is proving she’s living up to teen idol status IRL too. “Getting comfortable with your sexuality is a process,” she started. “Another thing I wish I’d known about sexuality is to take it slow. It can define you as much as you want it to. Either way, I know what it’s like to have anxiety about it. Especially trying to come to terms with it and my faith [Purser is Christian]. It can be really scary.” Purser ended the tweets by telling her fans they were in her prayers and to keep her in theirs, too. Vague? Yes. Brave? 100%.

2. Here’s your first look at the new season of Orange Is the New Black.OITNB has been revealing looks at the new season verrry slowly, and the new trailer doesn’t reveal much else outside of another look at the prison riot that ended season four — except for one crucial moment. The scene with Daya pointing the gun at the prison guard while her fellow inmates cheer her on to shoot him ends abruptly with a gunshot — but of course, we don’t know who shot or has been shot. June 9 can’t come fast enough.

the journey in this gif is unbelievable pic.twitter.com/lanp2TvruQ

3. This journalist trying to decipher Sean Spicer’s Hitler comments is all of us. White House Press Secretary Spicer made some bonkers comments comparing Syrian president Bashar Al-Assad to Hitler in his briefing yesterday (specifically saying that Hitler didn’t gas his people in the same way as Assad), and people were naturally confused and outraged. One GIF, showing the Washington Post’s Ashley Parker wearing the confusion on her face, has gone viral, because it is literally all of us.

The White House correspondents dinner host has been announced.

traditional event this year, the show must go on, and the Daily Show‘s Hasan Minhaj has been announced as the host, and will surely take part in some light-hearted roasting of the President and others, as per tradition. “It is a tremendous honor to be apart of such a historic event even though the president has chosen not to attend this year. SAD!” Minhaj said in a statement. “Now more than ever, it is vital that we honor the First Amendment and the freedom of the press.” (h/t Time, photo via Josh Brasted/Getty)
Nicole Villeneuve
Nicole is an entertainment and lifestyle writer covering pop culture, news, and cool women doing cool things. She likes yard sales, MTV's Teen Mom, and putting too many memes in the group chat. She lives in Toronto.
Pop Culture
More From Pop Culture