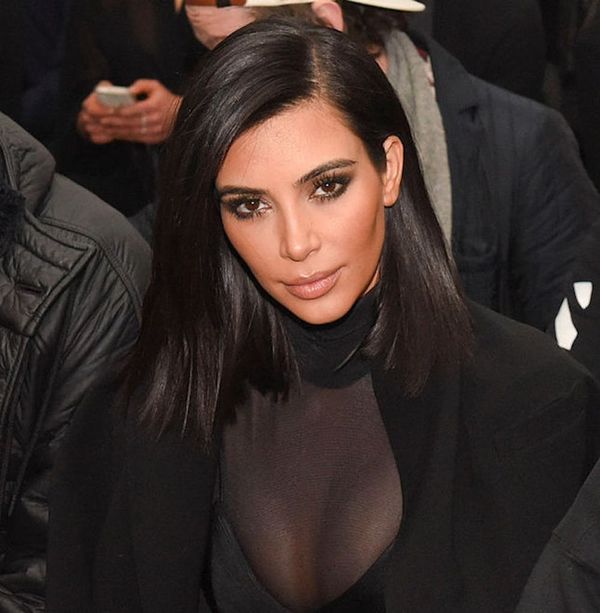 From another attack from this so-called “serial prankster” to some Taylor and Calvin reconciliation rumors, check out six of today’s top news items below.

1. Can you freaking believe this guy? Kim was walking from her limo in Paris when Vitalii Sediuk, the same man who tried to lift Gigi Hadid off the ground, ran over to try to kiss her behind. He says he was “protesting fake butt implants.” We say he’s an attacker who should be arrested. TMZ reports that Kim is filing a restraining order and will also file a police report. GOOD.

2. OMG, this is your first look at the actor who will play Justin Timberlake in the Lifetime Britney Spears biopic, in full costume. Those. Frosted. Tips.

3. Are Taylor Swift and Calvin Harris making amends? This one resides fully in the “unconfirmed” pile, but sources tell TMZ that Taylor and Calvin have been texting to try to move past all the drama that unfolded after their breakup earlier this year. It’s pretty rare to date someone for over a year then break up and NEVER talk again, so we’re betting there is some truth to this, and we hope they can find some closure. (Photo via Jason Kempin/Getty)

4. This kid made history as the first openly transgender child actor to appear on a TV show. Jackson Millarker appeared as a guest star on Modern Family as Lily’s friend Tom. In real life, he transitioned at six years old, and his parents told People that he was “excited to portray a character so similar to himself.”

5. You can get Fifty Shades Darker lingerie now. And honestly? It’s all pretty gorgeous. The line is a collaboration between author E. L. James and UK lingerie company Coco de Mer, where James visited for inspiration during the writing of the book. (Photo via Coco de Mer)

6. Quote of the day: “Even bad coffee is better than no coffee at all.” David Lynch sums our feelings on #NationalCoffeeDay — and every day — up perfectly.

How bad is your coffee obsession? Let us know over @BritandCo!