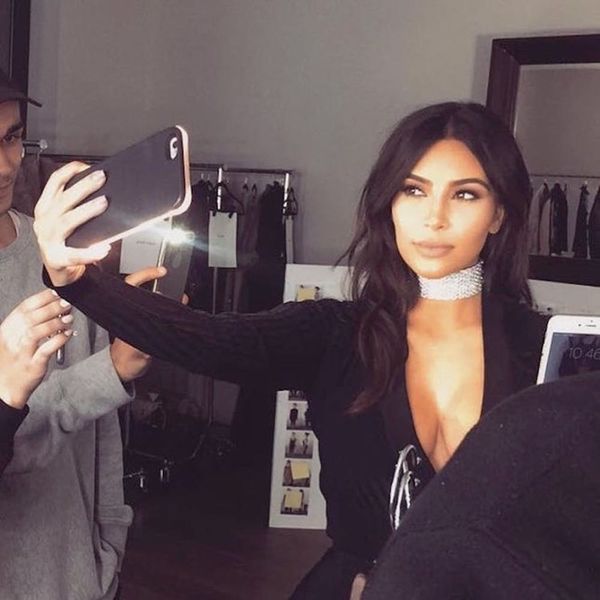 From a mysterious new Kardashian tease to a new Starbucks Christmas drink you’ll want to know about, check out six of this morning’s top news stories below.

1. Kim Kardashian has sorta returned to Instagram and she’s definitely up to something. A new account for her Kimojis has surfaced, and its grid has been populated with close-up videos of women twerking and photos of butts and cleavage in bras and underwear. All of the videos and photos have a simple caption that reads DECEMBER 16, which reads to us like some kind of release or launch date. You KNOW we’ll be waiting to see.

2. Prince Harry and Meghan Markle have been snapped in their first outing together! So, guess that makes it officially official? The pair were seen out on a date Wednesday night going to see a play in London, as seen in a pic obtained by The Sun.

3. If you weren’t already jealous of Kylie Jenner’s MASSIVE white Christmas tree, well, get ready. Kylie posted a sweet photo of her and bf Tyga gettin’ all snuggly under the tree with the caption “All I want for Christmas is you,” a nod to the Mariah Carey classic. But all we can see is that giant. Glorious. Tree. WANT.

4. HOLD UP: Starbucks is releasing a new holiday frappuccino in time for Christmas. If you’ve already had your fill of Peppermint Mochas and Gingerbread Lattes (lol jk, that’s impossible), ‘Bux is rolling out a new drink starting TODAY: the Fruitcake Frappuccino. Starbucks says it’s “inspired by holiday fruitcake with its colorful candied fruits, nuts and spices.” It starts with a Hazelnut Crème Frappuccino then dried fruit and spiced cinnamon are added, along with that very necessary whipped cream topping. It’s finished off with caramel dots and a sprinkle of matcha. Drool. (Photo via Starbucks)

5. Colorado police re-investigating some evidence in the JonBenét Ramsey case because of some unexpected new info. Local Denver TV station KUSA-TV discovered that there may have been errors in earlier DNA testing on JonBenét’s clothes, and that her family may not be in the clear as originally concluded through DNA. Do we smell updates to all of the JonBenét TV specials we watched this fall? (Image via Netflix)

6. Quote of the day: “I still believe that there are enough good people on both sides of this issue who care more about protecting our kids than defending effortless access to guns for those who would do our kids harm. I still believe we have the courage to change.” President Obama penned an honest and emotional Facebook post to commemorate the fourth anniversary of the tragic Sandy Hook shooting.

Are you still inspired by Obama’s optimism? Let us know over @BritandCo.