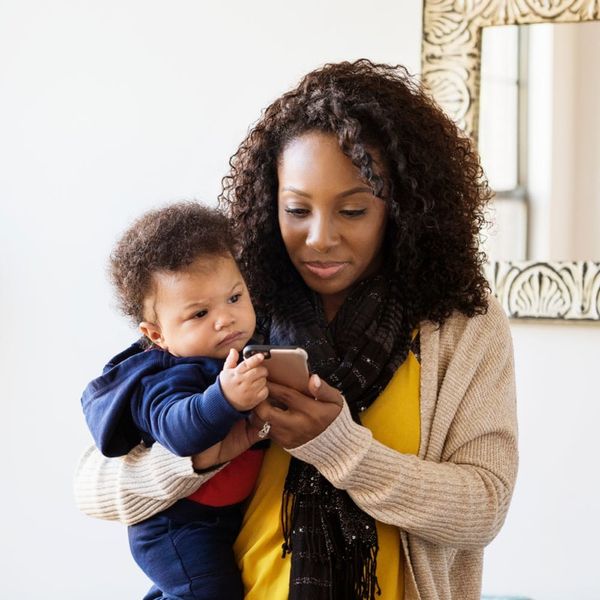 Parenting is a crazy, amazing, awesome, magnificent marathon. And according to recent research conducted by Merrill Lynch in partnership with Age Wave, close to 95 percent of parents say that this marathon is the most rewarding part of their lives… But it’s also one of the most expensive. If you think that the diaper, binky, and bottle stage is the priciest part of parenting, brace yourself for a look into your future.

You’ve read the blogs and the books, and you’re fairly certain that you know everything there is to know about parenting — on paper, anyway. Even though you expected your new addition to come with a few extra expenses, you aren’t alone if you didn’t realize the extent of those costs. The first six years of a child’s life often bring a shift in parental spending. Instead of budgeting for entertainment or dining expenses, parents tend to find themselves investing in their children’s futures and spending on toys and childcare costs.

According to the study, nine out of 10 new parents surveyed found the amount of additional costs surrounding their newborns surprising. But that doesn’t mean this stage is the most expensive one parents pass through. When it comes to finances, parents who were pros (in other words, have been there/done that already) didn’t pick the first stage as the priciest one.

All of those pretty plastic ponies and train sets may eat away at your discretionary budget when your kid is young, but by their middle childhood years, you’re likely to spend even more on technology, sports & other activities, and transportation. According to Merrill Lynch’s research, nearly seven-tenths of parents who have children between 7-17 years of age feel pressure to buy their kiddos the same things their friends have. And when that’s the newest iPhone, it can get expensive. Along with buying stuff for their kids, tweens, and teens, parents of older children also hand over cash in the form of an allowance. While the going allowance rate may have been somewhere near $5 in our youth, the average monthly amount for a child under 14 is $40. This amount jumps to $65 for kids 14 to 17 (or nearly $800 each year).

Even though older children can be receiving substantial spending money from their folks, it doesn’t look like parents are completely comfortable with educating their children on how to spend and save. Close to three-fourths admit they need help with at-home investment education ideas, and a whopping 90 percent of parents say they think schools should also teach children about personal finance.

Your child is over 18 and an official adult. Congrats and welcome to the world of empty-nesting… Right? After all, this is the moment that’s gotten you through the toddler tantrums, picky eating, refusal to potty train, and massive homework battles. And it’s also the moment when you thought your financial freedom would finally return. Not so fast: While parents certainly stress about finances in the earlier years, having a young adult might just be the most expensive stage yet. It’s estimated that parents of young adult children spend twice as much on their now-grown kiddos as they contribute to their own retirement accounts.

Oh, and if you’re thinking that college is the only expense parents of the 18+ club have, hold on for a moment. According to the study, four-fifths help their adult children financially in other ways. These parents often contribute to (or outright pay for) their adult children’s groceries, cell phone service, housing, car, and even vacation costs. Along with these more everyday expenses, nearly three-fifths of parents reports paying for the adult children’s wedding costs, and a quarter of surveyed parents help their children to buy their first home.

With all the financial sacrificing that’s going on — half the parents surveyed reported they’ve withdrawn from their savings to help their adults kids out — the parenting picture isn’t so bad. In fact, we’d say it’s not really bad at all. The same parents who reported spending oodles on their kiddos — more than 90 percent of those surveyed — also said that their best memories are with their children. And that’s what makes it all worthwhile!

What helps you budget for your children? Tweet us your best tip @BritandCo.

From Your Site Articles
Erica Loop
Erica Loop is a freelance writer living in Pittsburgh. When she's not busy creating kids' activities for her blog Mini Monets and Mommies, you can find her trying to hang out with her teenage son, being chased by her two Olde Boston Bulldogs or teaching a children's karate class (she's a third degree black belt!).
Adulting
Parenting
Adulting Budget-Friendly Family Study
More From Parenting