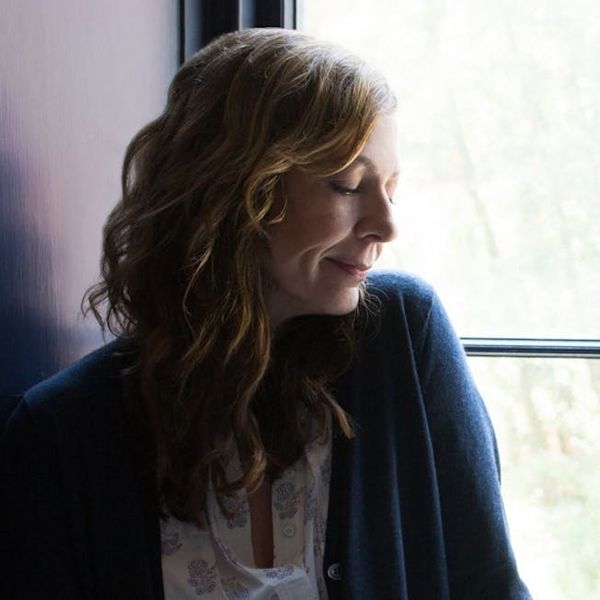 Netflix may have started out as a DVD-rental service, but these days it's a legitimate creative powerhouse responsible for some of the best shows and buzziest movies around. More and more big-name celebrities are lending their talents to the streaming service, both in front of and behind the camera. Click through to see some of the many star-powered Netflix originals, from series with Paul Rudd, Selena Gomez, and Drew Barrymore to movies with Jake Gyllenhaal, Allison Janney, and Kristen Bell. (Photos via Netflix)

The Fundamentals of Caring: This 2016 original movie gets a double dose of star power from Paul Rudd and Selena Gomez. Rudd stars as a retired writer who becomes the caretaker of a teen (Craig Roberts) with muscular dystrophy. During a road trip to see some quintessential roadside attractions, they meet a young woman named Dot (Gomez), who's on her own journey to start a new life in Denver after the death of her mother. (Photo via Annette Brown/Netflix)

Santa Clarita Diet: Drew Barrymore stars in Santa Clarita Diet as Sheila, a realtor living an idyllic life in California with her husband, Joel (Timothy Olyphant) — until one day she wakes up as a brain-eating zombie. It's hilariously gory, and Barrymore and Olyphant are a perfect pair on screen. Season 3 of the series is set to debut in 2019. (Photo via Saeed Adyani/Netflix)

House of Cards: After Kevin Spacey was fired from House of Cards due to allegations of inappropriate behavior, Robin Wright stepped up to lead the political drama through its sixth and final season as Claire Underwood, the new POTUS. We have yet to see Madame President in action — season 6 premieres in November 2018 — but we have no doubt she's ready to take on the Oval Office. (Photo via David Giesbrecht/Netflix)

Stranger Things: The spooky '80s-themed series has made new stars of its talented young actors, but it also has some serious old-school star power in the form of Golden Globe winner Winona Ryder, who plays Joyce Byers. Don't sleep on her incredible performance as a mother who's willing to face any terror in order to protect her son. (Photo via Jackson Lee Davis/Netflix)

Bright: Will Smith stars in Bright as Daryl Ward, a Los Angeles police officer who teams up with a rookie (Joel Edgerton) who just happens to be an orc. The 2017 fantasy film also stars Noomi Rapace, Lucy Fry, Édgar Ramírez, and Ike Barinholtz. (Photo via Matt Kennedy/Netflix)

Girlfriend's Day: This 2017 dramedy stars Sisterhood of the Traveling Pants actress Amber Tamblyn and Better Call Saul actor Bob Odenkirk. Tamblyn plays Jill, AKA "Cardie," a woman who gets involved with Odenkirk's Ray Wentworth, a down-on-his-luck greeting card writer trying to revive his career by creating the perfect card for a new holiday called Girlfriend's Day. But this is no romantic comedy — there's murder, extortion, conspiracy, and a whole host of other bizarre twists you won't see coming. (Photo via Robb Rosenfeld/Netflix)

A Series of Unfortunate Events: Neil Patrick Harris taps into his creepy side to play Count Olaf, a secretive man who becomes the guardian of the three Baudelaire children after the death of their parents. The show, which is based on the book series of the same name, premiered its second season in March 2018. (Photo via Eric Milner/Netflix)

Okja: Jake Gyllenhaal's out-there, over-the-top performance in this original film — about a child named Mija (Ahn Seo-Hyun) and her friend Okja, a giant animal who lives in the mountains of South Korea — was the topic of much debate when the movie debuted in 2017. The actor plays Johnny Wilcox, a manic zoologist and TV personality who is involved in a plan to expose Okja to the world. The film also features Tilda Swinton, Paul Dano, Steven Yeun, and Lily Collins. (Photo via Jae Hyuk Lee)

Grace and Frankie: Hollywood icons Jane Fonda and Lily Tomlin play the titular Grace and Frankie in this heartwarming comedy about two very different women who are thrown together when their husbands, played by Martin Sheen and Sam Waterston, come out as gay and reveal to their wives that they're in love with each other. (Photo via Melissa Moseley/Netflix)

Gypsy: Naomi Watts leads this psychological thriller as Jean, a successful New York therapist who blurs the line between her professional life and personal fantasies. The series was canceled after one season in 2017, but all 10 episodes are still on Netflix. (Photo via Alison Cohen Rosa/Netflix)

Wet Hot American Summer: First Day of Camp and Wet Hot American Summer: Ten Years Later: These hilariously absurd miniseries — meant as a prequel and sequel, respectively, to David Wain's 2001 satirical comedy about counselors at the fictional Camp Firewood — are worth watching just for the laughs alone. But they also deliver some major star power, thanks to performances by Paul Rudd, Elizabeth Banks, Christopher Meloni, Janeane Garofalo, Bradley Cooper, Amy Poehler, Chris Pine, Jon Hamm, and Kristen Wiig, among many, many others. (Photo via Netflix)

Friends from College: The title of this original series pretty much says it all. Keegan Michael-Key, Cobie Smulders, Fred Savage, Annie Parisse, Nat Faxon, and Jae Suh Park play — you guessed it — college friends caught in a cycle of bad patterns and dysfunctional relationships with each other. Kate McKinnon, Seth Rogen, and Billy Eichner also appear. (Photo via David Lee/Netflix)

Like Father: Kristen Bell stars in this 2018 original movie as a workaholic ad exec who, after being left at the altar by her fiancé, takes her estranged father (Kelsey Grammer) on what was supposed to be her honeymoon. Lauren Miller Rogen directed the film, which also features an appearance by her husband, Seth Rogen. (Photo via Emily Aragones/Netflix)

Mute: This 2018 sci-fi movie wasn't exactly a hit with critics, but you can't deny the star power of its leading men, Alexander Skarsgard, Paul Rudd, and Justin Theroux. (Photo via Keith Bernstein/Netflix)

Tallulah: Before she won an Oscar for I, Tonya, Allison Janney appeared in this 2016 original film with Ellen Page and Tammy Blanchard. Page plays a young woman who decides to claim another woman's baby as her own after she deems the birth mother (Blanchard) unfit. In need of a home and some guidance, she turns to her ex-boyfriend's mother (Janney), which changes the course of all three women's lives. (Photo via Coco Knudson/Netflix)

Desiree O
Desirée O is a ‘Professional Bohemian’ who loves anything and everything related to the arts, entertainment, and pop culture. She ADORES being a ‘Newsy’ for Brit + Co, covering all of the latest tidbits of awesomeness that you want to read about. When she’s not writing, she’s either making messy art, going on long adventurous walks with her camera, or poking around over at bohemianizm (http://www.bohemianizm.com/). You can find out about Desirée O and her work at http://DesireeO.com/ or follow her on Twitter @DesireeO.
Movies
Streaming
Movies Netflix Streaming TV
More From Streaming