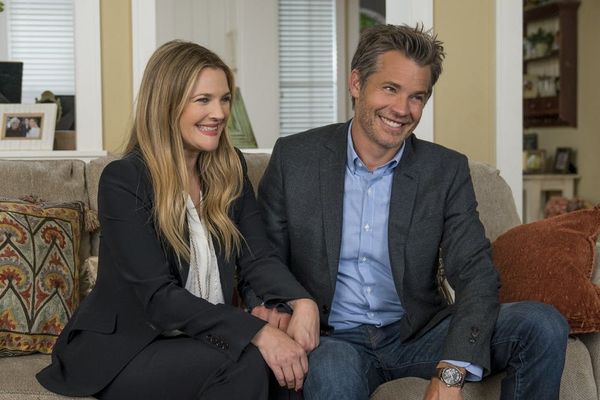 Netflix kicked off Valentine’s Day on Thursday, February 14, with the return of one of its most solid couples: Santa Clarita Diet‘s Joel and Sheila Hammond. The streaming service treated fans to a, uh, romantic new clip revealing the cannibalistic comedy’s season 3 premiere date: Friday, March 29.

The announcement was accompanied by a video montage that put a dark spin on traditional wedding vows. Taken from the show itself, the clips feature stars Drew Barrymore and Timothy Olyphant as husband-and-wife realtors whose lives are changed immensely when Sheila becomes a member of the undead and starts eating people.

“What do you say, Mr. Hammond? Will you take this woman to be your wife … for the next thousand years or so?” she asks Joel in the teaser, as the montage fills in the blanks of their hypothetical vows.

In season 2, the Hammond family set out on a path of looking for the cause of, and cure for, the zombie virus that infected her. In the teaser for season 3, the show hints at a “til death do us part” angle — although it isn’t clear whose death they’re referring to.

Watch the season 3 announcement above.

Are you excited for new episodes of Santa Clarita Diet? Let us know @BritandCo!