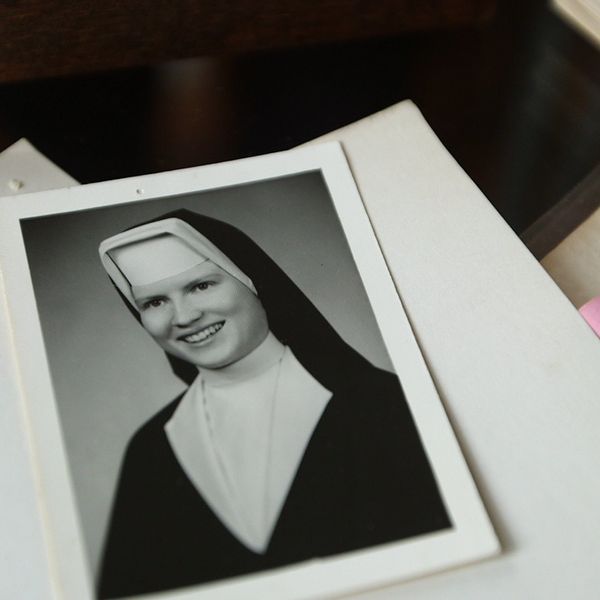 From podcasts and books to docuseries and movies, the true-crime genre has become both increasingly popular and more widely available to the curious truth-seekers among us. Netflix alone offers dozens of viewing options, both documentary and dramatized. We're partial to the former, though, so here are our picks for the streaming service's must-watch true-crime docuseries and films based on shocking real-life events. (Photos via Netflix)

Wild Wild Country: Known mostly for their comedy work, Jay and Mark Duplass surprised a lot of people when they took a detour into the true-crime realm — especially when they came out of the gate with the smash hit Wild Wild Country. The highly binge-able docuseries tells the fascinating story of the controversial Indian guru Bhagwan Shree Rajneesh, his sidekick Ma Anand Sheela, the cult they started in 1980s Oregon, and the violent backlash they faced in the community as a result. (Photo via Netflix)

Evil Genius: The True Story of America's Most Diabolical Bank Heist: The Duplass brothers followed Wild Wild Country with another word-of-mouth hit, Evil Genius, which tells the story of a bizarre early-aughts Erie, Pennsylvania, bank robbery involving a pizza delivery man, a twisted scavenger hunt, a bomb, and a million other obscure details and red herrings. (Photo via Netflix)

The Confession Tapes: False confessions are fascinating, and this series presents six instances when they might have been coerced through intimidation or other tactics, resulting in potential wrongful convictions. It's a study in psychology, corruption, the law, and more, and it's equal parts thought-provoking, enraging, and utterly addictive. (Photo via Netflix)

The Staircase: Although this miniseries about the alleged murder of Kathleen Peterson by her husband, novelist Michael Peterson, aired on French TV in 2004, Netflix added three new episodes and re-released it in 2018. The new episodes delved back into the case to re-examine old theories, reinvigorating interest in the mysterious murder in the process. (Photo via Netflix)

The Investigator: Created by American Idol figurehead Simon Cowell in a spurt of inspiration after watching HBO's The Jinx, The Investigator is a British true-crime show that looks back at unsolved disappearances and murders. As scenes are reconstructed and dramatized, Mark Williams-Thomas interviews victims' families, eyewitnesses, and law enforcement officials to attempt to uncover previously missed details. It provides a kind of armchair detective feeling that will keep true-crime fans hooked, convinced they know what really happened. (Photo via Netflix)

The Keepers: The Keepers, which delves into the unsolved murder of Baltimore nun Sister Cathy Cesnik, is one of the most devastating true-crime series of the past several years. It's anchored by her former students, who believe that authorities were working to cover up the serial sexual abuse of students at the school by priest A. Joseph Maskell. The work by these women to bring justice to Sister Cesnik, and to survivors of abuse, is as brave and inspiring as the entire story is heartbreaking. (Photo via Netflix)

Amanda Knox: You probably already know the gist of this one: American exchange student Amanda Knox was twice convicted, then later acquitted, of the murder of her British roommate, Meredith Kercher, while the two girls shared an apartment in Italy. The film flourishes, though, thanks to rare interviews with Knox's convicted (and previously excluded) ex-boyfriend Raffaele Sollecito, Italian prosecutor Giuliano Mignini, and, of course, Knox herself. You might think you've seen or heard everything there is to know about this case, but you won't be able to look away. (Photo via Netflix)

Conversations With a Killer: The Ted Bundy Tapes: Emmy Award-winning documentary filmmaker Joe Berlinger brings his decades of experience to this gripping docuseries, which offers a disturbing look into the mind of 1970s serial killer Ted Bundy. Through hours of exclusive audio, the audience hears about Bundy, from Bundy. It's not for everyone — because who needs to hear anything else from the perpetrator, really — but it may appeal to people obsessed with the genre. (Photo via Netflix)

Making a Murderer: If Serial's 2014 premiere signaled the start of mass pop culture interest in true-crime stories, Making a Murderer wasn't far behind. The docuseries, now two parts deep, explores the conviction of Steven Avery and his nephew, Brendan Dassey, in the murder of photojournalist Theresa Halbach. It's a fascinating and frustrating look at police incompetence (and possible corruption), a broken judicial system, and the stark class lines that divide much of America. (Photo via Netflix)