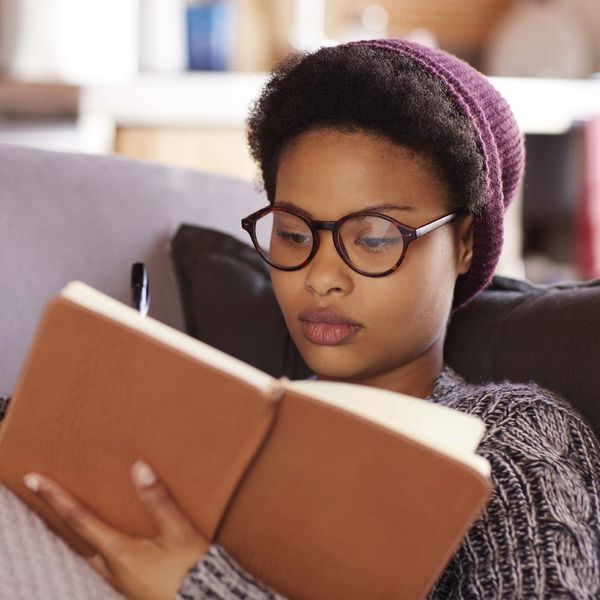 England: land of Pride and Prejudice, high tea, a few of those royals people can’t get enough of and… many other stereotypes. It’s also the home of fascinating, indelible characters, and the initial setting of the books in this week’s book club, which are anything but stereotypical. Each of this week’s novels features a British #girlboss character who leaves the comforts of her English home and crosses borders for adventure, whether it be far afield in Australia or closer to home, exploring Ireland and Scotland. Take a trip across the pond, then keep traveling, and read on, MacDuff.

1. The Wonder by Emma Donoghue ($16): In 2010, Donoghue’s masterful thriller Room took the world by storm; it was an international bestseller, picked up loads of awards hardware (including the Man Booker Prize) and found itself on numerous year-end best-of lists. Last year, the movie adaptation earned Brie Larson an Oscar. This year, the Irish-Canadian author, who holds a PhD in 18th-century literature from Cambridge University, has come out with a new book that promises a similarly claustrophobic environment and psychological mystery, but in the very different historical setting of mid-19th-century Ireland.

Lib Wright is an English nurse who is called to the Irish Midlands, “a depression where wet pooled, the little circle in the saucer,” to stand constant watch over young Anna O’Donnell. The 11-year-old girl, her parents say, hasn’t eaten anything in the past four months. Lib isn’t there to provide care, so much as to determine whether or not the girl’s parents are telling the truth. She’s joined by a nun and by Dr. McBrearty, who seems invested in the O’Donnells’ story. Lib, a veteran of both the Crimean War and a failed marriage, is a cynic and doesn’t believe the hype, but finds herself intrigued by Anna’s religious conviction and bright nature.

Lib also finds herself on a crusade to protect Anna’s rapidly declining health Though the girl genuinely believes she hasn’t eaten, it’s only after the surveillance starts that her body shows signs of starvation. The book is both a scathing critique of mid-19th-century Irish society and its abuses and superstitions (“Was it true the Irish were impervious to improvement?” Lib wonders), and a dig at England’s role in the creation of this society through its oppressive treatment and even starvation of its people. Vogue calls it “A riveting allegory about the trickle-down effect of trauma.” However, it’s not all polemic, as the book focuses on the growing, touching friendship between Lib and Anna, and even an adorable romance between the nurse and doctor.

2. The Bookshop on the Corner by Jenny Colgan ($20): If you’re looking for a novel romance of a different kind, Colgan’s The Bookshop on the Corner just might need to be on your reading list. At first, Nina Redmond, London librarian, believes in literary love at first sight, and takes her job matching patrons with their soulmate books very seriously. However, library use is down, the system is divesting itself of piles of volumes, and though Nina “rescues” those books to the point where her apartment is on the verge of collapse, she can’t rescue her job. “The problem with good things that happen is that very often they disguise themselves as awful things,” Nina muses. This “awful” thing turns out to be for the best, indeed: after being downsized, neither Nina nor her books can stay in her apartment, so she decides to act on a lifelong desire and open a bookstore on wheels, operating out of a van.

Nina’s search for the perfect bookmobile leads her to the Scottish Highlands (fans of Outlander may catch a few winking references), where she makes a new life for herself among the captivating townspeople. They include Ainslee, the fascinating but circumspect teen who comes looking for work, Lennox the landlord, whose gruff exterior gradually reveals a more appealing inside and Latvian train engineer Marek, who showers her with poetry and love letters. With a new cast of characters in her life, Nina’s goal becomes to pair everyone in town with their perfect literary fix (we feel you, girl).

Colgan, who lives in London and Scotland and is a New York Times-bestselling author for Little Beach Street Bakery, paints a glorious picture of the town of Kirrinfief and the ability of fiction and story to improve lives, in what Kirkus calls “A charming, bracingly fresh happily-ever-after tale.” Colgan is as passionate about books as her main character, prefacing her words with, “There is no dedication in this book because the entire book is dedicated to you: the reader. To all readers.”

3. The Other Side of the World by Stephanie Bishop ($17): “Any Briton who lives in the United Kingdom may apply for an assisted passage by sea or air to Australia for permanent settlement provided he is healthy and of good character.” Sometimes, you have to move to the other side of the world to figure out where home is. In Stephanie Bishop’s acclaimed novel, Charlotte, former artist and current mother and housewife, and her poet-lecturer husband Henry have a relatively comfortable life in 1960s Cambridge. However, neither of them feel particularly comfortable; Charlotte is chafing against both her new role and the small cottage they call home, feeling she’s had to abandon her calling. Henry hates the cold weather and fears for the family’s health. Eventually, he convinces the skeptical Charlotte to journey to the other side of the Commonwealth and resume their lives in Australia.

“Someone once told him that the southern sun could cure any manner of ailments,” thinks Henry, but Australia turns out to be a mixed bag of treats and less-pleasant feelings. He is, it’s true, finally warm, but must deal with racist co-workers for whom his Indian heritage is a source of constant mockery. Charlotte’s lack of energy for painting leaves her creatively unfulfilled, and all of this takes a toll on their marriage.

Bishop, another PhD graduate of Cambridge, and her book have already made award-winning waves in both Australia and England, where The Guardian raved, “An insightful, exquisitely observed novel. Bishop is a talented and intelligent storyteller with a masterful command of language, and The Other Side of the World deserves to make many a book prize shortlist.” It’s our advice to book passage on this novel; we won’t even check your character.

What books go well with scones and tea? Tag us in your next Anglophilic read @BritandCo.