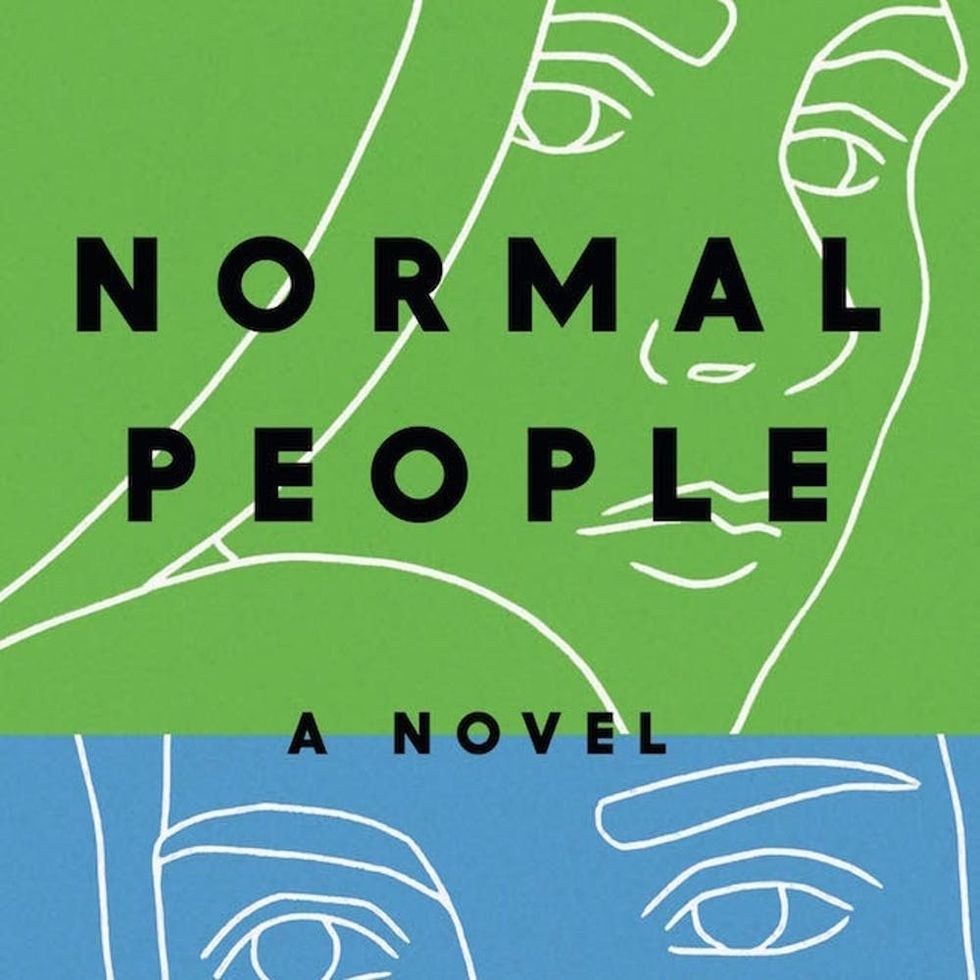 An ever-present undercurrent in relationships (though one we might rather not consider) is power. Most of us want to feel like an equal in a relationship, but there are all kinds of factors that can change the balance; relative physical attractiveness, social status, finances, and employment, or just simply which person is more interested in the other. This is not limited to romantic relationships, but also applies to imbalances when it comes to romantic partners can often be very painful or damaging. The three new novels in this week’s book club all feature relationships — romantic or not — with power dynamics that evolve, shift, and change.

High schooler Marianne lives in a luxurious house; Connell’s mother is her family’s cleaner. Marianne is top of the class at most subjects; Connell surpasses her on English test results. Marianne is friendless and insular, preferring books to people, and she likes it that way; Connell is a sports star and one of the most popular boys at school. Drawn to each other, they embark on a relationship fraught with shifting power differentials that never seems to settle. Connell tells Marianne not to tell anyone they’re having sex, but for the first time, he understands why people enjoy it. Complex and thoughtful, both muse that they alternately feel like two different people, falling for each other but also keeping each other at arm’s length.

“Beal felt the nun trying to catch her eye, and she did not know exactly why, but she refused to give it to her. Beal, she was thinking over and over, as if calling out to herself. What is a Beal? Am I Beal? Am I still, was I ever, will I ever be again? Why am I riding in this carriage with Thomas and this nun through these streets of France, where everything is made of stone, where the sun doesn’t shine on the streets?…Why did I marry Thomas when I knew what was going to happen to us, even though, of all that I dreamed, I never thought what would happen is this – me, Beal, in France? Couldn’t she just go back, back to the Retreat, or better still back to Hampton, Virginia, where she had a good job as a maid in Colonel Murphy’s house Why did she have to pretend she was a lady in a carriage…Why not just be a colored girl in a farm wagon that no one paid no notice of at all, that people just looked through? Now wasn’t that a kind of freedom!”

“The pain is essentially gone, but the mystery remains. I went through all the proper stages of grief – denial, anger, bargaining, depression, and acceptance – sometimes on by one, sometimes simultaneously, but I never did get past the wonder of it. A death would have been easier to endure. For my situation – ours – there exists no comforting ritual, no consolation from relatives or friends, no body of literature that could interpret or advise. The one person with whom I might have shared my loss was the one person I could never contact – oh, he was alive, and reachable had I attempted to reach him, but that was unthinkable. Somewhere in the world he was struggling just as I was, in his own (and, I was quite sure, better) way. I have wonderful memories, it’s true; I will always have them. But try as I might to focus on their sweetness, any sweetness always seems to lie, tantalizingly, at center-bottom of a clear, but immeasurably deep, pool of bewilderment.”
From Your Site Articles
Ilana Lucas
Ilana is an English professor, theatre consultant and playwright based in Toronto, Canada. When she’s not at the theatre or insisting that literary criticism can be fun, she’s singing a cappella or Mozart, occasionally harmonizing with the symphony, or playing “Under Pressure” with her rock handbell group, Pavlov’s Dogs.
Book Club
Creativity
Book ClubBooksGoods