Forget the iPhone 6 — Get the Scoop on the Next iPad! 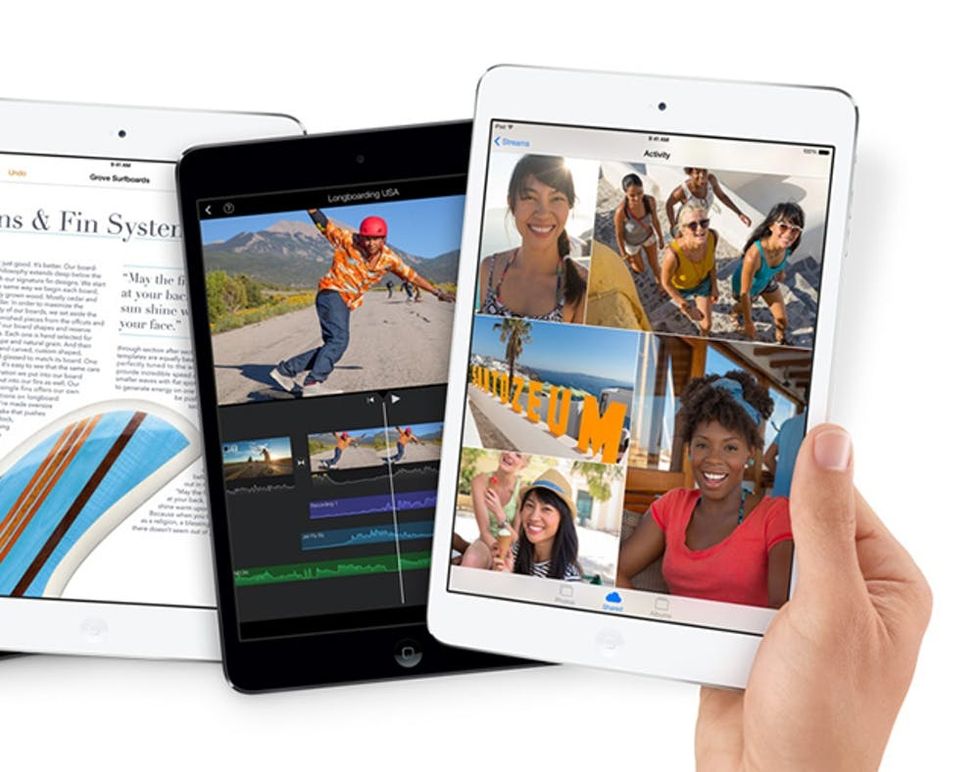 We know you’ve been living and dying for any news we can dig up about the iPhone 6, but today we do NOT have any new news about that. Today, we have new news about our forgotten little friend, the iPad. Yes, Apple allies, while we’ve had our attention trained on that glittering mirage of a next generation smartphone, fresh out of the box in time to snap pix of all of our fall adventures, the iPad has quietly been prepping for its own new addition to the tablet fam.

According to a recent Bloomberg report, Apple suppliers have already started manufacturing new iPads. A new 9.7-inch iPad should be unveiled around the same time the iPhone 6 is announced (September 9, don’t forget to mark your cals), which will likely be the next iPad Air. There’s another new mini iPad in production as well, with a projected release later in the year.

The new 9.7-inch iPad will feature “anti-reflection coating” that will make the display easier to read in any light. That means the next generation iPad could seriously cut down on glare to be a little more beach read-friendly than your current model.

Okay, so we’re not AS excited about the next iPad as we are the next iPhone, but the anti-glare screen could give it the edge to elbow the Kindle out of the running for “Hmm, what tablet should I get for my parents this year?”

Since we don’t want to leave the iPhone out… let’s recap!

News About the iPhone 6 Announcement

What Happens When You Stab the iPhone 6 Screen!

How the iPhone 6 Will Be Your One-Stop Health Tracker

How the Next iPhone Will Make Your Home a Sweeter Home

Oh, And the iWatch Is Still Happening

What do you think of the new iPad? Are you over tablets or could a new iPad refresh your interest in the forgotten tech?