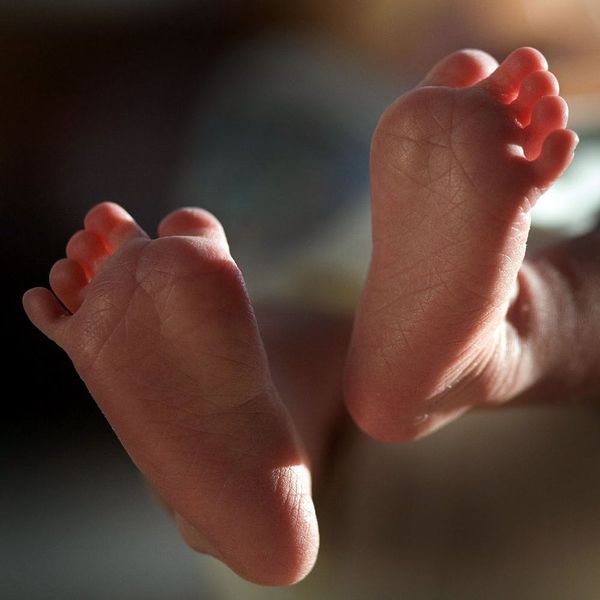 IUDs are a pretty safe bet if you’re looking for a way to prevent an unexpected pregnancy. But as any doctor will tell you, no form of birth control (other than abstinence, obvs) is 100 percent effective. And if you need further proof of that, take a look at this pic of a newborn baby holding his mom’s IUD that’s totally gone viral.

When Alabama mom Lucy Hellein and her partner decided that, after two kids, they were done making babies, she opted for an IUD. In fact, Hellein has used two previous IUDs that did their job just as they were meant to.

However, when she had her third Mirena inserted in August, she was floored (to put it mildly) when she found out in December that she was pregnant. “I’ll admit I was scared because of the Mirena,” she told Metro. Beyond that, when her doctor searched for the IUD (even using an ultrasound), it was no where to be found. “My OB assumed that it had fallen out, but I wasn’t convinced.”

Fast forward to last week when little Dexter Tyler was born at a healthy nine pounds, one ounce via c-section. Apparently, behind the placenta was the missing Mirena. Whoa! Though it was obviously a wild experience, it also gave the parents the perfect chance for a rare opportunity: a pic of their newborn holding his mom’s IUD.

Welcome to the world, little Dexter! You definitely have an interesting story behind your extraordinary birth.

Are you shocked (and perhaps concerned) by this IUD story? Let us know @BritandCo!

Desiree O
Desirée O is a ‘Professional Bohemian’ who loves anything and everything related to the arts, entertainment, and pop culture. She ADORES being a ‘Newsy’ for Brit + Co, covering all of the latest tidbits of awesomeness that you want to read about. When she’s not writing, she’s either making messy art, going on long adventurous walks with her camera, or poking around over at bohemianizm (http://www.bohemianizm.com/). You can find out about Desirée O and her work at http://DesireeO.com/ or follow her on Twitter @DesireeO.
Parenting
Womens Health
Parenting Pregnancy Womens Health
More From Womens Health