This Health Study Will Make You WANT to Have Nightmares 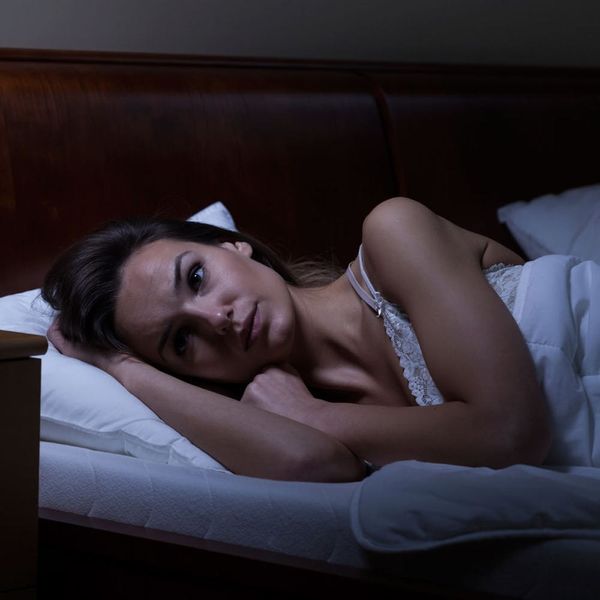 The importance of good sleep is finally getting the air time it deserves. We’re figuring out the negative side effects of sleep deprivation, napping at work is no longer synonymous with being an awful employee and sleep-tracking apps are blowing up. But there’s still one thing you can’t easily control: nightmares. If you suffer from frequent scary (um, sometimes terrifying) dreams, you know they’re pretty damaging to your sleep game. So you may be surprised to learn they have other side effects that aren’t so bad. New research out of the University of Montreal’s Center for Advanced Research in Sleep Medicine shows that having regular nightmares “also seems to endow more regular positive dreams, and heighten empathy and creativity.” Whoa.

The research is being conducted by Michelle Carr, a PhD candidate at the University that studies dreams. She explains her initial findings in a recent article in New Scientist. She and her colleagues put out a call (“Get Paid to Nap!”) to people who had at least two nightmares per week. They then had the participants answer questionnaires and report their waking daydreams, and ran them through creativity tests. Then the participants took a nap while the researchers monitored their brain activity. What they found is pretty cool for both the dreamer’s subconscious and waking hours.

“The evidence points towards the idea that, rather than interfering with normal activity, people who are unfortunate in having a lot of nightmares also have a dreaming life that is at least as creative, positive and vivid as it can be distressing and terrifying,” Michelle writes in New Scientist. “What’s more, this imaginative richness is unlikely to be confined to sleep, but also permeates waking thought and daydreams.”

Michelle mentions other researchers who’ve studied the link between nightmares and creativity. “Sleep researcher Ernest Hartmann, while a psychiatrist at Tufts University School of Medicine in Boston in the 1980s, found that people seeking therapy for nightmares were not necessarily more fearful or anxious, but rather had a general sensitivity to all emotional experience,” she writes. “The effects go further still. Hartmann realized that this sensitivity spills over into perceptions and thoughts: People who have a lot of nightmares experience a dreamlike quality to their waking thoughts. And this kind of thinking seems to give them a creative edge.”

Huh! We’re still not sure the creativity benefits are worth waking up in a cold sweat a few times a week, but if it’s happening to you anyway, you might at least be getting something positive out of it. Time to embrace your sensitivity and channel those extra vivid happy dreams into something creative.

Do you have bad nightmares? Tweet us your thoughts @BritandCo!

Kylie Kendall
Kylie is a freelance writer living in Ottawa, Canada. When she's not writing, you might find her scoping out all-day breakfast spots in her city or taste-testing every bottle of red wine under $10.
science
Health
science Sleep study