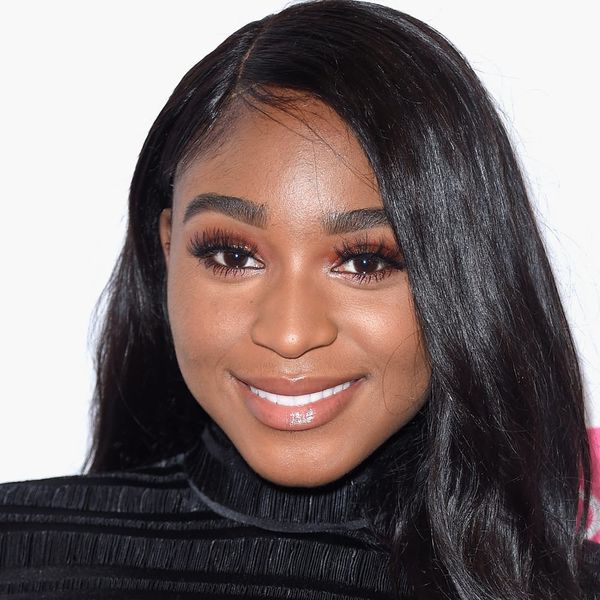 Though they’ve had a bit of a rough start to the year (fans were shook when Camila Cabello abruptly left the group in December), Fifth Harmony is as strong as ever. Currently on a world tour, the girl group, who recently told fans it will never change its moniker, proved it’s made up of nothing but #BossBabes when Normani Kordei fell on stage and recovered like a true diva.

While performing in Brazil, the ladies were in the middle of singing “Made You Mad” when the 21-year-old’s thigh-high heels got the better of her and she lost her footing. Rather than letting the tumble throw her off her game, however, the Dancing With the Stars alum turned it into a moment of triumph, striking a pose and flipping her hair back. Talk about fierce!

Fans praised the songstress for her amazing attitude throughout the incident online, and the Atlanta native showed her appreciation, saying, “ahahahaha love you. You already know. :( It’s hard out in these streets while trying to do it gracefully in heels lmao miss you and the fam.”

ahahahaha love you 🖤 you already know 😩 it's hard out in these streets while trying to do it gracefully in heels lmao miss you and the fam https://t.co/nDrBlMIPDg

It happens to the best of us, girl! Keep slaying the dance floor!

Are you a fan of Fifth Harmony? Tweet us @BritandCo.