Meet the Super-M, a Little Speaker With Big Sound 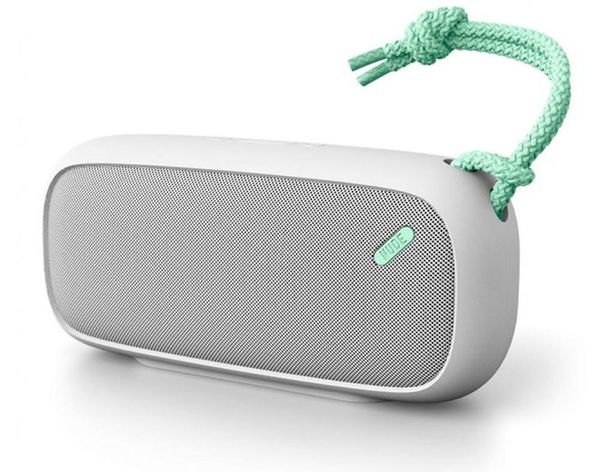 Portable speakers are a dime a dozen these days. With all the different kinds out there, from the cute and colorful to the light show equipped, you’ve got more than enough options to choose from. So, what’s a girl to do? Sometimes, when the market gets overwhelming, the best thing is to focus on what you really want out of a compact speaker — high-quality sound. That’s exactly what the guys over at NudeAudio focused on when they created the Super-M.

The Super-M is a portable waterproof and sand-proof (yes, SAND-proof!) speaker that delivers huge sound despite its tiny size. It is the latest speaker offering from the San Francisco-based startup NudeAudio, which was founded in 2013 after its founders decided they had had enough of all those portable speakers that delivered poor quality sound. They launched three sleek speakers in three different sizes — the L, the M and the S. NudeAudio received a wave of positive praise for all of their handsome, superior-sounding speakers, but it was obvious that everyone loved the M. With that, they decided to put their focus on making the M even better than ever, and thus, the Super-M was born.

As you may have noticed, the Super-M is tiny. It’s small enough to fit in your pocket or throw into your picnic tote. But like we said before, size did not compromise the Super-M’s sound. It’s built with four full-range drivers and two passive subwoofers. What does that mean? It delivers true 360-degree sound. Unlike other portable speakers that only blast sound from one side, the Super-M has got you covered on both, creating an even louder, richer experience.

Did we mention it was waterproof and sand-proof? Go ahead, bike with it in the rain (by the way, they also make a pretty sweet speaker mount for your cycle) or build a giant sandcastle with it by your side. The point is, this isn’t a dainty little speaker. Its shockproof silicone sleeve is built to withstand whatever you have in store for it. The same goes for battery — the Super-M can last up to eight hours without being recharged.

Some other features to note, it comes in sooo many colors. Nine to be exact. Since they used Kickstarter to fund the Super-M, they collaborated with different artists and friends to give the community access to exclusive editions.

Perhaps the most important thing to note about the Super-M is how affordable it is. Portable speakers can cost you upwards of $200, but because NudeAudio stripped the Super-M of any unnecessary features (hence, the term Nude) and just focused on its sound quality, they were able to offer it for the awesome price of $99.

The Super-M is not available to the public just yet, but according to their page, they plan on sending speakers out to their Kickstarter supporters by next month. To get the latest updates on the Super-M, follow them on their Facebook page.

What do you look for in a portable speaker? Tell us in the comments below!

Sara Tan
Sara Tan is a lifestyle writer and editor who is obsessed with all things fashion, food, and pop culture. She's originally from LA, but recently relocated to Oakland, CA. When she's not sitting behind her laptop, you can find her shopping sales, spinning at SoulCycle, or exploring her new city with her French Bulldog by her side.
Bluetooth
Tech
Bluetooth iPhone Music Tablet