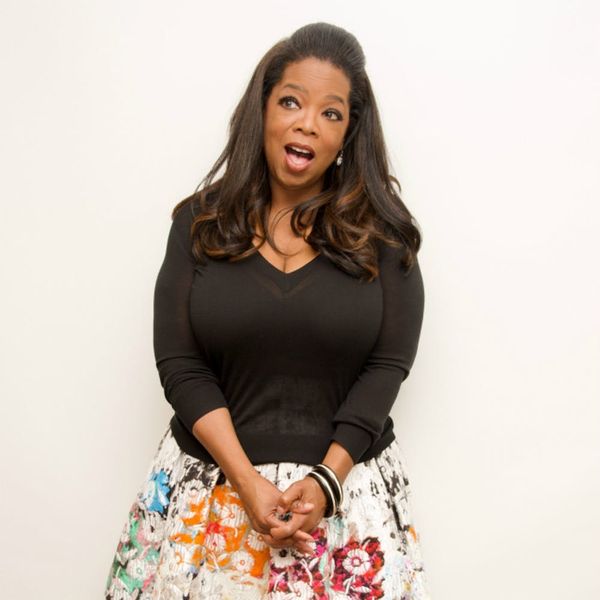 If you ever had any doubt that Oprah Winfrey knows exactly what to do and when to do it, let this be a lesson to you: Oprah will always be ready to save our sanity just when we need it the most. Having recently made a huge network TV comeback as the new face of Weight Watchers (making $12 million dollars just to tweet about bread!), Oprah was never really gone from our lives. She’s continued to host her totally whacky Favorite Things through last Christmas, and has kept up with many celebs by hosting a few shows on her OWN cable network. Now, the television Guru is announcing her return to network TV, and we’re here for it.

60 Minutes executive producer Jeff Fager announced in a statement that Oprah would be joining the CBS weekly news show as a contributor for the fall season. In his statement, Fager praised Oprah, saying, “She has achieved excellence in everything she has touched. Her body of work is extraordinary, including thousands of interviews with people from all walks of life. She is a remarkable and talented woman with a level of integrity that sets her apart and makes her a perfect fit for 60 Minutes. I am thrilled that she will be bringing her unique and powerful voice to our broadcast.”

One of the best nights ever with @directher #QueenSugar premieres without commercials next Tuesday at 10.

Having Oprah back on TV on the regular is something we couldn’t even have hoped would happen, but we’re so glad she’ll be back. Besides her decades of journalism, Oprah’s been active in recent years producing and starring in films, including the upcoming The Immortal Life of Henrietta Lacks and a remake of the classic A Wrinkle in Time.

Of her new gig, the legendary star said, “I’ve been a big admirer of 60 Minutes since my days as a young reporter. I’m so excited and proud to join forces with this historic news program, which for me represents the bastion of journalistic storytelling. At a time when people are so divided, my intention is to bring relevant insight and perspective, to look at what separates us, and help facilitate real conversations between people from different backgrounds.”

We absolutely cannot wait for this to happen and are excited to see what Oprah will bring to 60 Minutes.

Will you tune in to see Oprah on 60 Minutes this fall? Tell us @BritandCo!

Kat Armstrong
Kat has been a writer, social media maven and mom for longer than she's willing to admit. She's also spent time in front of and behind the camera, interviewing celebs, politicians and acting as a producer for fashion and artistic photography shoots. When she isn't writing for various orgs and publications, she's hanging with her kids, husband and French Bulldog, Peter, in Toronto, Canada.
Halloween
Pop Culture
Halloween