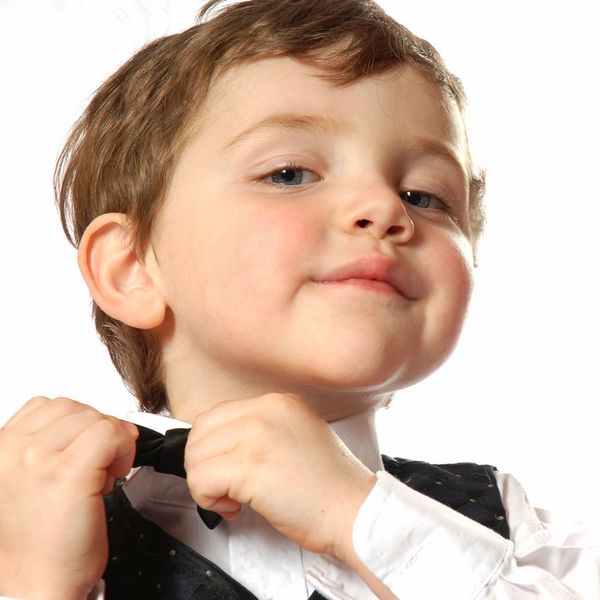 As we gear up for the red carpet to be rolled out for all of our favorite A-list celebrities, this year’s field of Oscar nominees includes some really interesting names. These names could be just the inspiration you’re looking for when it comes to deciding on a unique baby name for the newest addition to your family. This year, we’re not limiting ourselves to the actors when it comes to picking our favorite baby names — some of their characters’ names are just as noteworthy. Scroll on for 13 dazzling, creative baby names that might just be winners.

1. Alicia Vikander: Alicia is nominated for Best Supporting Actress in The Danish Girl and also received Golden Globe and BAFTA noms this year for her role as Ava in Ex Machina. Alicia is a daintier spin on the classic Alice, with enough fans to bring it to number 341. It’s associated now with Julianna Margulies’ character on The Good Wife and actress Alicia Silverstone.

2. Brie Larson: Born Brianne Sidonie Desaulniers, this talented actress has won the Golden Globe and Critic’s Choice awards, in addition to an Oscar nom for her performance as Ma in Room. The more popular spelling of her name is Bree, though neither has ever ranked on the popularity charts.

4. Dalton Trumbo: Dalton is the real life midcentury screenwriter who was a victim of the Hollywood Blacklist, played in the 2015 film by Bryan Cranston. Dalton was one of the upscale two-syllable surname names that became trendy in the ’90s; it still registers at just over 300.

5. Éilis Lacey: Éilis is the luminous, conflicted character embodied by Saoirse Ronan in Brooklyn. This Irish variation of Elizabeth is pronounced eye-lish, and just might see some international pickup as a result of the movie.

6. Gerda Wegener: Gerda was the real life Danish artist played by Alicia Viklander in The Danish Girl. Despite being a Scandinavian goddess of fertility and playing a role in The Snow Queen, Gerda is not a name that has ever found favor in the US.

7. Hugh Glass: Hugh is the larger-than-life 19th-century American frontiersman portrayed by Leonardo DiCaprio in The Revenant. A name with an intellectual meaning and image somewhat softened by actors Grant, Jackman and Dancy, it ranks at number 243 on Nameberry.

8. Leonardo DiCaprio: Leonardo has been nominated for his bravura performance in The Revenant. The strong, yet romantic name Leonardo has been zooming up the US popularity list — now at number 114 — thanks to nickname Leo and role model DiCaprio.

9. Rocky Balboa: Rocky is the iconic boxer character for which Sylvester Stallone first won an Oscar nomination in 1976, and again this year. This traditional nickname for Rocco was chosen by Sarah Michelle Gellar and Freddie Prinze Jr. for their son. It’s also featured in Creed, though the movie centers on Adonis, son of the late Apollo.

11. Sacha Pfeiffer: Sacha is the real-life Pulitzer Prize-winning Boston Globe reporter played by Rachel McAdams in Spotlight, for which McAdams was nominated as Best Supporting Actress. Sacha is the French variation of Sasha, used for both genders, all deriving from the Russian Alexander.

12. Saoirse Ronan: Saoirse has been nominated for her role in Brooklyn by not only the Academy, but also BAFTA and SAG. Finally, a seemingly unpronounceable Irish name becomes pronounceable as its bearer explains that it rhymes with “inertia.” It’s a lovely name that might now get more use.

13. Sylvester Gardenzio: Stallone received his nomination for reprising the role of Rocky Balboa in Creed in a dramatic comeback. The name Sylvester was in the Top 200 in the 1920s, but — blame the cocky cartoon cat — has not been heard from for decades.

Would you consider bestowing an Oscar-inspired name on your wee one? Let us know by tweeting us @BritandCo!

This post was previously published on Nameberry by Linda Rosenkrantz