Go Behind the Scenes of the Oscars With These 30 Celebs 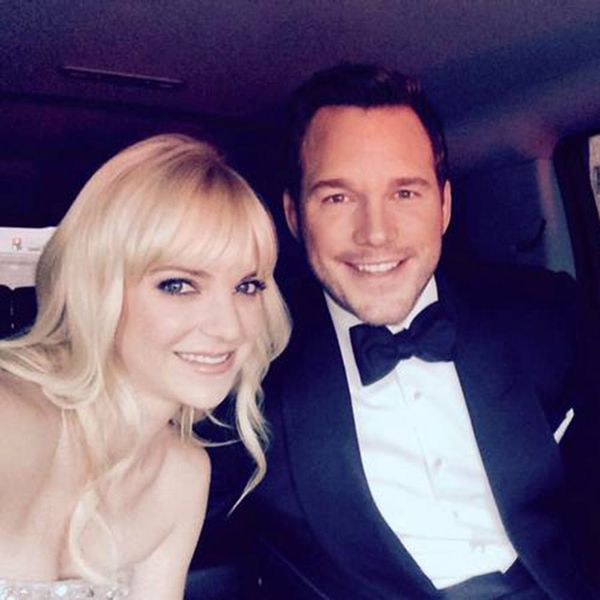 It’s always a blast finding out what the stars are wearing on the red carpet, especially to the biggest awards show of the year — The Oscars. One thing that may just be more entertaining than the red carpet arrivals is the behind-the-scenes action that goes into all the prep. Luckily a lot of the biggest stars of the night shared their getting-ready moments via Instagram so we could feel like we were even more a part of the glitzy affair. Check it out (and be a little envious).

1. Neil Patrick Harris: An Entertainment Weekly photographer snapped this Oscars prep shot of NPH in the writers’ room. Apparently the stress was getting to him. Grab a flute of bubbly to calm those nerves, Neil. (via @aspictures)

2. Gwyneth Paltrow: Not only does her dress look stunning, but so does that entryway. (via @gwynethpaltrow)

3. Lupita Nyong’o: Oh my pearls, that’s a fantastic dress (and selfie). (via @costafrancisco)

5. Meryl Streep, Diane von Furstenberg + Hilary Swank: Two Oscar winners + the creator of the wrap dress together for a pre-Oscars brunch?! Now this is a Charlie’s Angels reboot we can get behind. (via @dvf)

6. Reese Witherspoon: The only thing better than a handsome date for the ceremony is a reminder of how proud of you they are with a bouquet + a photo booth print. Oh, and Oscars cookies help with primping, too ;) (via @reesewitherspoon)

7. Kerry Washington: One thing that isn’t scandalous about the actress is her outfit and glam squad. (via @carolagmakeup)

8. Lady Gaga: Of course Mother Monster has time to pose with a statue in between practicing for her performance + puppy massages. You would do the same thing too. (via @ladygaga)

9. Naomi Watts: Okay, we’re loving the dress… and that living wall. (via @jeanannwilliams)

10. Jared Leto: Even though the actor isn’t nominated for an Oscar this year, we can bet he’ll be on the shortlist for best dressed male of the evening. Esp for those locks. (via @jaredleto)

11. Oprah: We feel like even though the Queen of Media isn’t nominated for an Academy Award she should be announcing her name anyways. Right? (via @oprah)

12. Cate Blanchett: The actress joined Instagram on a pretty big night with an essential Oscars selfie and a look at her ‘do. (via @cateblanchettofficial)

13. Common + John Legend: One last elevator rehearsal before the big show. Sing it, boys. (via @common)

14. Jennifer Lopez: Jenny from the Block is looking mega glam for a pre-Oscars gala. Can’t wait to see what she pulls off for the ceremony. (via @jlo)

15. Kelly Ripa: The morning show host looks fabulous in something other than her typical daytime chic. (via @kellyripa)

16. Zoë Saldana: The mother of new twins and her husband Marco Perego gave the ultimate outfit tease before they hit the red carpet. (via @zoesaldana)

18. Gina Rodriguez: The star of Jane the Virgin wishes her dog could be her plus one for the ceremony. NGL, we kinda do too. How cute would a glitzed out dog be on the red carpet? (via @hereisgina)

19. Channing Tatum: The Magic Mike actor and his dance crew had one last rehearsal before they kick it on the big stage. (via @channingtatum)

20. Tegan + Sara: Sara of the sister duo is confident everything will be awesome at the ceremony thanks to her Bruce Springsteen t-shirt. We think that’s probably true. (via @teganandsara)

21. Mark Ruffalo: The suave actor is looking extra smooth as his wife’s arm candy for Sunday’s ceremony. (via @markruffalo)

24. Leslie Mann + Judd Apatow: The funny couple were pulling off all-white ensembles for the awards, and there’s nothing funny about how fab they look. (via @juddapatow)

25. Heidi Klum: Behind every supermodel is a glam squad, apparently. At least for the Oscars. (via @heidiklum)

27. Brad Goreski, Kelly Osbourne, Ross Mathews + Giuliana Rancic: The E! Red Carpet crew had enough down time during preps for the pre-telecast to have a little fun and pose for the camera. We’re guessing they love the flashing lights ;) (via @kellyosbourne)

29. Brad Goreski: We’re glad the stylist didn’t try and emulate the Oscar statue by wearing a gold suit. We’re team silver all the way. (via @mrbradgoreski)

30. Khloé Kardashian: The Kardashian sister is excited to host the post show on E!, but she warned Kanye to look away. Hey, as long as he doesn’t try to steal one of those mics. (via @khloekardashian)

Who do you have your eyes on at the Oscars? Share below!