See the Most Beautiful Hair + Beauty on the Oscars Red Carpet 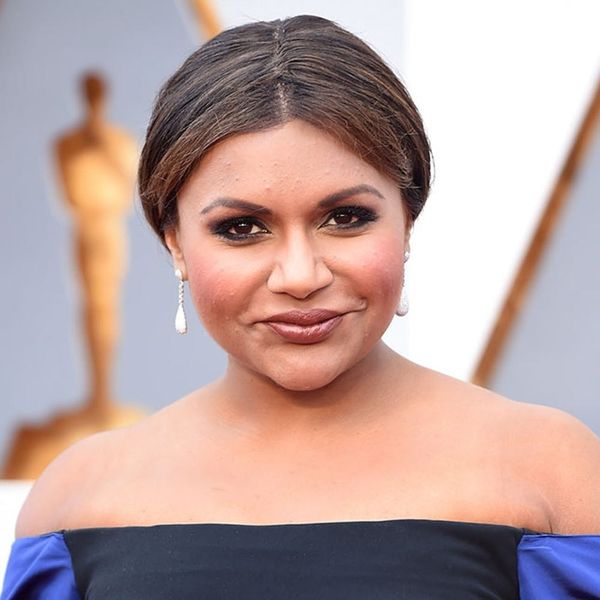 The 88th Annual Academy Awards are off to a seriously beautiful start, y’all, and the celebs are bringing their top-tier A-game to the Oscars red carpet. It appears that this award show’s hair theme is the middle part, and stars’ makeup is leaning more natural than glam — definitely two unexpected themes for such a fancy-shmancy event. Here’s the best beauty + hair we’ve spotted so far.

1. Rooney Mara: Rooney Mara 100% stunned with her classic, absolutely impeccable makeup — that lip! those brows! that skin! — and next-level hairdo. Her triple-tiered, knotted look kept her hair out of her face but still packed a punch of edgy style.(Photo via Jason Merritt/Getty)

2. Olivia Munn: The contrast of Olivia Munn’s dark hair and bright, coral lipstick is amazinggg — and let’s not forget about that dress! Again, another celeb killing it with the center part and casual hairstyle, but her lip color and reverse (brown!) smokey eye make her stand out. (Photo via Jason Merritt/Getty)

Okay, purple is officially your color, Reese Witherspoon! The blonde actress looked absolutely gorgeous in a royal purple dress that looked incredible against her hair color + eyes. Reese, who’s rarely seen without a side part, stayed true to what she knows and loves. Her shimmer-lined eyes and raspberry lips gave the perfect amount of pop. (Photo via Jason Merritt)

Kate Winslet literally let her (lightened!) hair down at the Oscars this year. We’re used to seeing her with highly styled updos that keep her look feeling elegant and classy, but this year, her beachy, tousled waves give off more of a casual vibe that we’re loving. Sparkling eyes thanks to epic eyelashes and a shimmery pink lipgloss add that glam factor. (Photo via Jason Merritt/Getty)

Talk about hair! Lady Gaga’s locks were on point thanks to a ton of volume and super glamorous, vintagey waves. Her makeup colors were coordinated without overdoing it; the warm, sheeny factors in her makeup were unexpected paired with the hair and dress that screamed red lip and cat eye. We love how she always keeps us on our toes ;) (Photo via Jason Merritt/Getty)

Olivia Culpo looked incredible as she was the perfect balance of minimalism-meets-glam. Her hair was parted down the middle and slicked back, which kept the focus on her stunning makeup — it was all about sultry, slightly smokey eyes and a rosy lip color. (Photo via @oliviaculpo)

7. Sofia Vergara: Another celeb rocking the minimalist hair trend! Sofia Vergara kept things simple with her beauty routine and let her embellished dress + accessories do the talking. A sleek, middle-parted ‘do with noticeable volume paired with natural makeup (and perfectly shaped brows) pulled her look together. (Photo via Ethan Miller/Getty)

8. Priyanka Chopra: Priyanka’s ponytail had the perfect amount of height to it. It wasn’t sleek and slicked down; it was full of body and volume which elevated the hairstyle. Lots of lush lashes, seriously flawless brows and a muted red lipstick took her already stunning self to the next level. (Photo via Jason Merritt/Getty)

9. Olivia Wilde: We’re 100% obsessed with Olivia Wilde’s spring-y take on a copper eye: Her slightly pink, shimmery version keeps her eyes looking bright and super blueish-green thanks to the contrast of colors. Healthy, dewy skin and a nude lipgloss are the perfect finishing touches. (Photo via Jason Merritt/Getty)

Mindy showed up on the red carpet looking like she owned it. Her middle-parted hair (anyone else picking up on a major trend here?!) showed off some highlights, which added a nice dimension to her ‘do, while her smokey eye and bronzed, sheeny lip kept things glam. (Photo via Jason Merritt/Getty)
Beth Wischnia
You can typically find this Texan writing, trying on a new lipstick, gabbing with her identical twin sister or volunteering at the local animal shelter. She finds inspiration from rosé, beauty products, Tex-Mex and cats.
Celebrity Beauty
Beauty News
Celebrity Beauty Celebrity Hair Oscars
More From Beauty News