No, Actually THIS Is the Most Successful Kickstarter of All Time 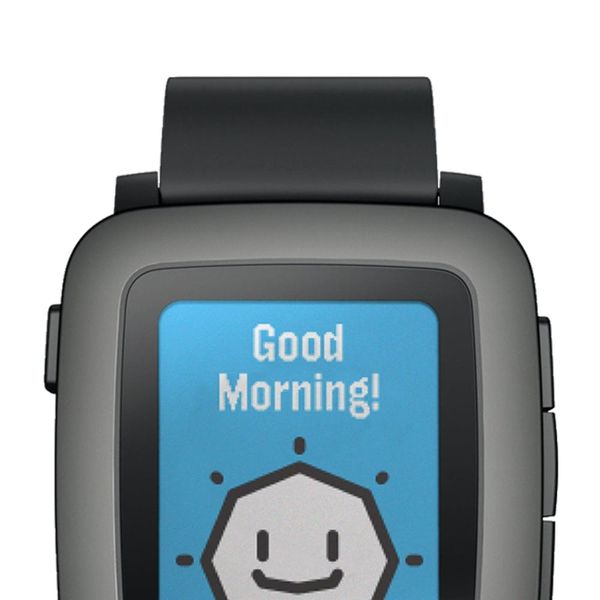 If you once thought of Bam Bam’s bud or the colorful filler that goes into a fish tank when you heard the word “Pebble,” that’s probably changed after this week. What was a marginally popular smartwatch on, say, Valentine’s Day has turned into the most record-breaking Kickstarter of them all (yes, even beating those cute little exploding kittens we told you about not that long ago). Hitting their $500,000 goal in just 17 minutes, reaching $1 million in pledges in 49 minutes and currently (at the time of writing) at $10.6 million with not even a week under their belt, Pebble’s newest smartwatch Kickstarter campaign has us all asking “Apple Watch, who?”

Okay, now you guys probably/definitely remember Pebble. This isn’t the smartwatch company’s first time at the crowdfunded rodeo; they found early success on Kickstarter for their debut Pebble back in 2012 — before nary an “iWatch” rumor had even been tweeted. The original Pebble might not have been the Ringly of our dreams, but the smartwatch connected us to our smartphones and was majorly improved with the addition of an app store, unlocked about a year ago.

The specs of the new Pebble Time smartwatch are impressive enough, though still conservative in the wearables world we and they are living in. The wrist candy may not be full color like Apple’s AMOLED screen or making any grandiose statements about changing your personal relationship with your health (ahem, and then quietly taking them back), but it is color e-paper, has a solid week of battery life, interchangeable bands and a pleasing new view. The updated interface works more like a timeline giving you the power to see and scroll through your day easily the way you’d prefer when glancing quickly down at your wrist. Time is an instant upgrade from your current Pebble or a solid sub if you’re not ready to take the plunge with an Apple or Android-branded option.

If not necessarily the specs, it’s the buzz that’s putting Pebble back on our radars, making it clear that, no, reeeally, wearables are a thing. Happening. This year, 2015. The company, which is clearly a lot larger than it was when their first product sought support via Kickstarter almost three years ago, has gotten some flack this week for sticking with their crowdfunding ways. But as they put it right on the pledge page: “We’re still a small company battling some of the largest competitors in the world. We believe that this is the best and most efficient way for us to get our latest product to the people who want it most: people like you.” Just like celebrities have found success funding projects on platforms like Kickstarter, Pebble might encourage a shift in more established companies using crowdfunding to connect with their consumers.

If Pebble was once, very recently, the dark horse Cinderella to the more-tweeted about stepsisters Android Wear and Apple Watch, she’s KILLING it at the ball right now and kicking both of their butts in battery, price and, possibly most importantly, buzz. All of this talk and text about wearables has been great this past year, don’t you all think? But right now we’re testing out some of the tech-cessories we’ve been writing about on Brit.co and will be giving you the scoop in weeks to come, so stay tuned for how this here-to-stay trend will change (or not? ;) your life.

Do you have a Pebble or did you pledge for a Pebble Time? What wearable are you most interested in rocking right now? Share with us below!

Lisa Raphael
In her past professional lives, Lisa has served the masses as the Editorial Director at Brit + Co, Bieber Whisperer at J-14, Golden Girls Fan Club Prez at Lifetime and Talk Show Host Understudy to Katie Couric. Now, she's taking on the sports world at The Relish, teaching Hairography 101 in her spare time and will forever be trying to fill the hole Zayn Malik left in her heart.
Kickstarter
Tech
Kickstarter
More From Tech