Apple Watch Rumor Update: The Big Feature the Wearable Will Be Missing 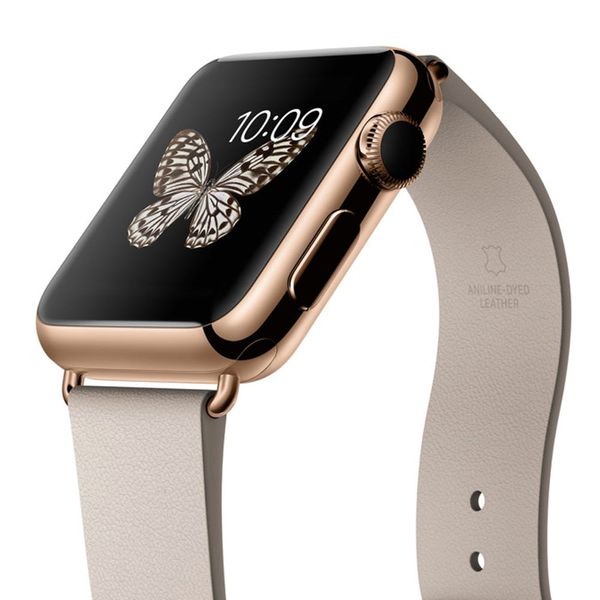 Apple rumors are always buzzing, and now there’s a new device to get us excited for the next big release from Tim Cook + Co — the much-anticipated Apple Watch. Here’s what we know about the upcoming wearable: it will come in three different styles: Apple Watch, Apple Watch Sport and Apple Watch Edition. We know that the face will come in various sizes, and we’re bummed but aware that it may not have a great battery life from the get-go. Also, the fancy Edition model will be really pricey. Still, we can’t wait until April to try one of these puppies out. From projected sales to the major feature the wearable will be missing, here’s the latest update on the Apple Watch.

Down to the Numbers: If you’re planning on camping out for Apple’s first wearable, these stats might help you decide if it’s worth it. According to The Wall Street Journal, Apple asked their suppliers in Asia to produce six million total watches in preparation for the launch. Just as a point of reference, during their product launch for the then-new iPad, Apple sold over 300,000 in the first day.

Be a Sport: Judging by the numbers, Apple is predicting the majority of people will go for the Apple Sport Watch (the cheapest model). Half of the first six million watches will be sport models, while a third will be the mid-tier, more classic Apple Watch. Prices for the Sport will start at $349.

Have a Heart: Even though the sporty version of the watch is pegged to be the most popular, there are some cuts being made to the wearable’s Health-related bells and whistles. Due to setbacks, insiders tell WSJ that the Apple Watch will not work as a heart health monitor to measure blood pressure, stress levels or heart rate as it was originally rumored. The first watches will still feature pulse-rate monitoring and there’s a chance that future models could go deeper into tracking your health, but thanks to setbacks in the testing phase and concerns over privacy, it won’t be a featured focus of the wearable’s debut.

Oh-So Classy: WSJ stated that orders for the esteemed Apple Watch Edition, in its 18-karat gold casing, aren’t topping the charts just yet. Apple says they’ll make more after the launch, and analysts expect to see a boom of the Editions in China. They could cost more than $5,000, which is enough to buy yourself a whole new MacBook Pro… or four.

Look Out, Competitors: Apple’s faithful following has yet to let them down, and they expect the launch of their watch to be no different. They’re predicting sales to far exceed those of competitive brands like Samsung, LG and Motorola, as well as competitive products like fitness trackers. Get ready to see a whole lot of “really long line” stories on the news come April.

Will you be camped out for the Apple Watch or will you wait until the crowds die down? We’d love to hear your thoughts in the comments!

Katelan Cunningham
Katelan is a tech junkie obsessing over all things startup and design. She has entirely way too many apps on her phone and is no stranger to binge-watching. She accidentally fell in love in Los Angeles and that’s where she currently lives, writes, tweets and grams.
Apple
Tech
Apple smartwatch
More From Tech