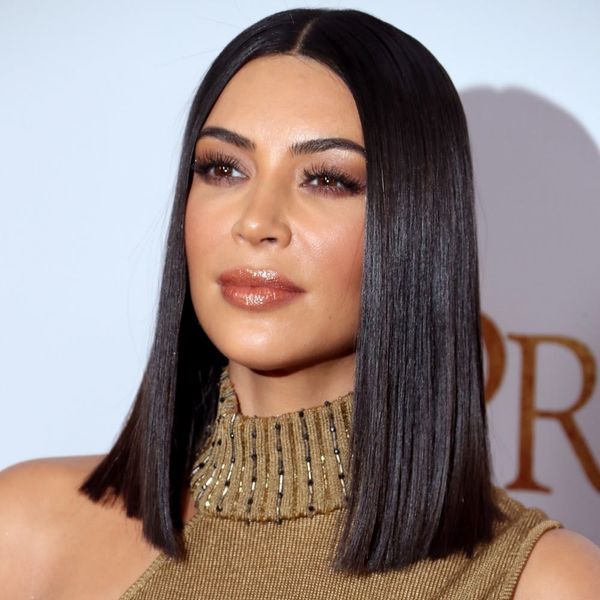 The Kardashians have a knack for finding creative ways to market just about anything — and we do mean anything — you may recall the $98 pool floatie Kim Kardashian West recently unveiled that’s shaped exactly like her own rear end. From Khloé’s Good American denim line (now updated to include the Texas tuxedo) to Kylie Jenner’s soaring cosmetics collab with Kim, if a product bears the name “Kardashian,” it’s more or less guaranteed to sell.

Kim Kardashian West made a *major* misstep with fans when she unveiled her latest Kimoji merch over on Instagram, however. While many of the reality star’s new offerings were rather tongue-in-cheek, with plenty of references to weed (a pink hat emblazoned with the term, “Never Not High,” for instance), it was a candle of the Virgin Mary ($18) with one very noticeable difference that had her followers up in arms.

In place of the Virgin Mary’s face, Kardashian West’s was superimposed on top of it, immediately opening a can of worms over on Twitter. Angry fans took to the social media site in droves, accusing the mother of two of being insensitive of their religion and urging her to delete the post promoting it.

Kim Kardashian's Virgin Mary candle is such a NO.

Kim Kardashian as the Virgin Mary……. is just as horrible as Kendall's Pepsi ad…. what's wrong with y'all, y'all that money hungry?

@KimKardashian I'm Catholic we use candles with images of saints, the Virgin Mary etc. For prayer for healing and other reasons. #disapointed #disrepectful

@KimKardashian The Virgin Mary is Sacred for the Christians and even the Muslims, so this is extreemly disrespectful Kim, delete it!

@KimKardashian This is crazy inappropriate. Have some respect for people's religion. The Virgin Mary you are not.

The sitch was reminiscent to one Katy Perry found herself immersed in earlier in the week, when she posted a meme of Indian goddess Kali on her Instagram page as a joke.

So far, neither star has commented on or acknowledged their respective snafus.

What do you think of Kim’s Virgin Mary candle? Sound off over @BritandCo.

Nicole Briese
Nicole is the weekend editor for Brit + Co who loves bringing you all the latest buzz. When she's not busy typing away into the wee hours, you can usually find her canoodling with her fur babies, rooting around in a bookstore, or rocking out at a concert of some sort (Guns N' Roses forever!). Check out all her latest musings and past work at nicolebjean.com.
Candles
Celebrity News
Candles Controversy Kardashians