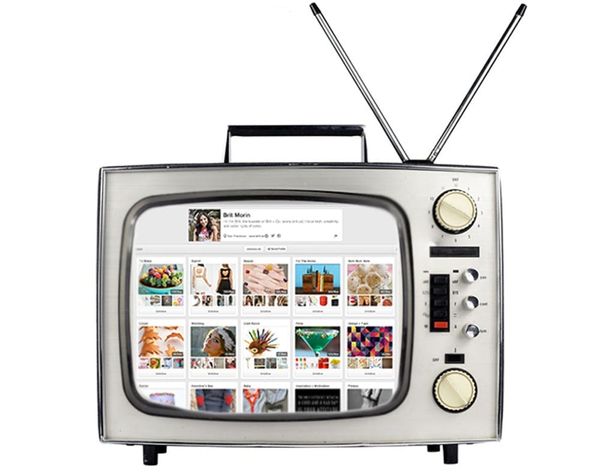 It’s Upfront season in TV Land and, for a lot of networks, that means out with the old and in with the new. We know you’re mourning the cancellation of shows taken from you too soon, but let’s look at this as a time to clear space on your DVR for favorite stars’ new gigs. There’s a Maya Rudolph variety show! A Rashida Jones cop comedy! A Katherine Heigl spy drama! Pinterest’s first show!

Yup! A&E Networks is adding new channel FYI Network to the family (which includes Lifetime and History… Bio was part of it too, but FYI is its replacement). Taking “Social TV” to a place it’s never officially been before, FYI is partnering with Pinterest to bring your favorite social network to a TV near you.

The first ever Pinterest program will be a home design show called “We’re Moving In.” The six half hour episodes will follow new housemates using Pinspiration to guide them in every aspect of home decorating and remodeling. This isn’t going to be like those movies that use fake Google (Foogle?) search engines, Pinterest is on board and working with the TV execs on the show’s creative direction.

FYI will appear on your TV Guide starting in July. Maybe a “We’re Moving In” viewing party is in order — stay tuned for our invite. Also, if FYI needs (p)inspiration for their next Pinterest-related television show, may I recommend my own personal “Have You Met My Boyfriend(s)?” board? Like Pinterest meets The Bachelorette? Thoughts? Cool, have your people call my people!

Will you watch a show that ties in inspiration from Pinterest? Which of your boards would make a good TV show?

Lisa Raphael
In her past professional lives, Lisa has served the masses as the Editorial Director at Brit + Co, Bieber Whisperer at J-14, Golden Girls Fan Club Prez at Lifetime and Talk Show Host Understudy to Katie Couric. Now, she's taking on the sports world at The Relish, teaching Hairography 101 in her spare time and will forever be trying to fill the hole Zayn Malik left in her heart.
Pinterest
Tech
Pinterest social media