‘This Is Us’ Creator Dan Fogelman Might Revive ‘Pitch,’ So Get Out Your Ginny Baker Jerseys 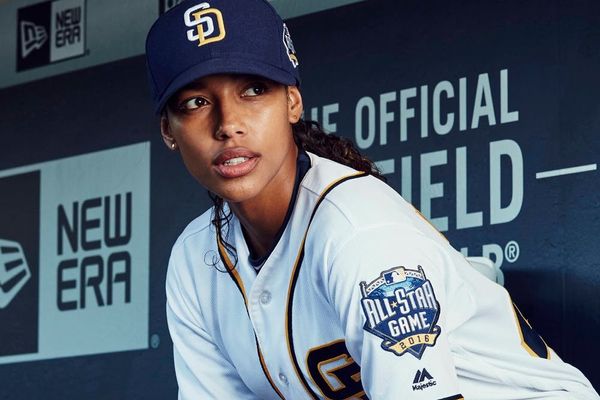 It’s been a few years since Pitch, the brainchild of This Is Us creator Dan Fogelman, debuted on Fox in September 2016. Unfortunately, the female-fronted baseball drama, which starred Kylie Bunbury as Ginny Baker, a talented pitcher who becomes the first woman to play in Major League Baseball, lasted only one season. But according to new reports and a cryptic tweet from Fogelman himself, there may be hope that it could be revived.

Sharing a black and white photo of himself sitting in San Diego’s Petco Park, where the show was filmed, Fogelman teased, “I sure did love that office…”

That was soon followed by a message from one of the show’s stars, Mark-Paul Gosselaar (AKA Zack Morris from Saved by the Bell), who retweeted a story about a possible revival from The Hollywood Reporter. “After reading this article about the possibility of a PITCH reboot, I’m more confused than ever on whether to shave or not?” he joked. “Let’s get these #Pitches started!”

According to THR, “the lengths media giants are willing to go to land (or keep) top showrunners is reaching historic peaks.” The outlet suggested that, in order to keep Fogelman (whose contract expires this year) happy at Disney’s 20th TV, the studio might be willing to revive his passion project “as a carrot to entice the This Is Us creator to remain in-house.”

What’s more, as Entertainment Weekly points out, Dana Walden, Chairwoman of Disney Television Studios, worked at Fox while Pitch was on the air and “loved the little baseball show that could.”

Barbara Pavone
Barbara Pavone is a pop culture-obsessed writer based in beautiful (but ridiculously cold) Montreal, Canada. When she's not working, she's sipping on a Pimm's Cup and daydreaming about her celebrity hero, Saint West.
TV
TV
TV Women in TV
More From TV