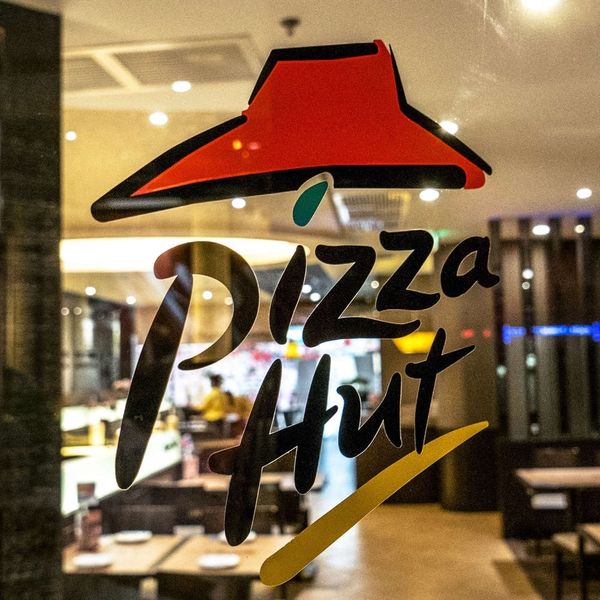 Vegan food has been on the rise in niche restaurants and specialty grocery stores as of late, but the dairy-free cuisine is starting to become legitimately mainstream — as evidenced by Pizza Hut’s latest announcement.

The pizza chain confirmed that it will officially offer vegan pizza across all of its United Kingdom stores — a decision that was made after the brand ran an 8-week trial serving pizzas topped with vegan cheese from Violife. Head of Communications for Pizza Hut, Gareth Hopley, said “we’re pleased to announce that the dairy-free alternative will now be served in all of our restaurants nationwide and feature as a permanent fixture on our menus,” adding that the brand is “excited” for all “cheese-loving vegan customers” to “grab a slice of the action and no longer have to miss out.”

While we’re happy that UK-based vegans will now be able to dig into greasy, cheesy goodness, some of us here in the states are feeling a bit left out; so much so, in fact, that 17,000 people have already signed a petition to launch vegan pies in American Pizza Hut stores. “[The launch] is great news for vegans all over the UK,” says San Francisco-based petition author, Miranda Becker, “but leaves me, a US consumer, feeling hurt, confused and left behind.”

She goes on to mention that “a full six percent of all US consumers now identify as vegans, which is millions and millions of people. And so many of us — myself included — have spent years missing out on the wonderful party fast food that we remember from our pre-veggie years.” Preach!

Delivering to a Black Friday line near you.

Pizza Hut has yet to respond to the petition, but here’s to hoping our vegan and lactose intolerant pals will soon be able to enjoy a piping-hot pie along with the rest of us!

What do you think about mainstream food chains offering vegan options? Tweet us @BritandCo!