9 Politically Active Celebrities Who Should Run for President 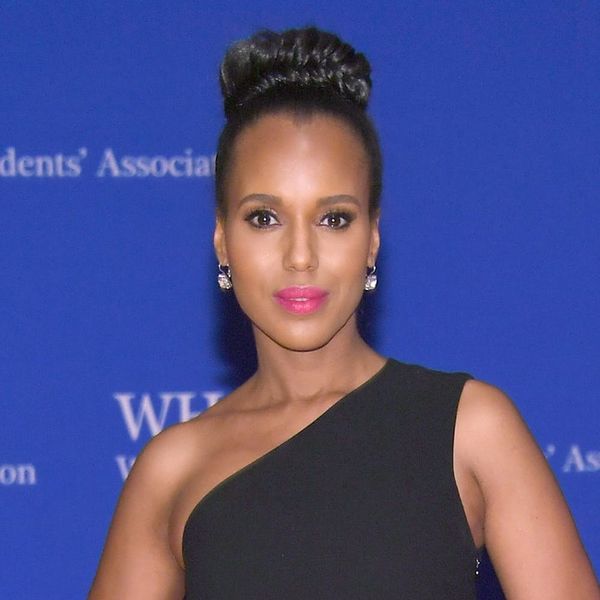 Through some unforgettable memes and moments this presidential primary season, we’ve had ample time to get to know the current candidates and where they stand on important things like issues that moms and future moms care about and environmental issues. Naturally, many candidates have some very famous backers. It has been exciting to see the celebrity endorsements as the stars we all love hit the campaign trial, but what about when the pop culture figure becomes the politician? Below, we share some of the celebs we think would actually make great politicians.

1. Oprah: Oprah Winfrey has long been one of the most recognizable names and faces in America, and she’s been involved in politics for much of her time as a public figure. In recent years, she has endorsed Barack Obama, spoken out about being discriminated against by a luxury retailer and discussed the shooting of Trayvon Martin. Oprah’s business acumen, wisdom and emotional intelligence would all be incredibly valuable tools for a leader of the free world. Unfortunately for all of us, Oprah is on the record as recently as last October stating that she has no wish to hold political office. “I can tell you one thing you can be assured of in this lifetime,” she told an Extra correspondent, “as long as I’m black, I will not be running for office.” We can continue to dream. (Photo via Ben Gabbe/Getty Images)

2. Rosario Dawson: She’s been an active participant in politics for years, especially in fighting for immigrants’ rights. To that end, Rosario Dawson penned an open letter to legendary activist Dolores Huerta this year after Huerta contributed to the spread of a rumor regarding Bernie Sanders supporters. As we’ve watched young people of all stripes engage with politics and with Bernie Sanders, many of them for the first time, it seems to have become clear that what so many young people were waiting for was a committed progressive candidate. Rosario could be another in that vein. (Photo via Slaven Vlasic/Getty Images)

3. Julie Bowen: Though she’s long considered herself a liberal, Modern Family’s Julie Bowen has spoken publicly about motherhood moving her further to the right on certain issues. Perhaps this see-both-sides approach could help her bridge the gap between Democrats and Republicans. (Photo via Alberto E. Rodriguez/Getty Images)

4. John Legend: From the impassioned speech he delivered as he accepted the Oscar for best original song (for “Glory,” from 2014’s Selma) to his work on freshman TV show Underground, named for the Underground Railroad, John Legend has lent his considerable star power to conversations about race. Bonus: What an adorable first family! (Photo via Charley Gallay/Getty Images)

5. Leonardo DiCaprio: Leo is one of the best-known celeb activists in the realm of environmentalism. He has even addressed the UN on the topic! And, given that climate change is one of the greatest threats facing the world, who better than a dedicated environmentalist to lead the country? (Photo via Jemal Countess/Getty Images)

6. Kerry Washington: Kerry Washington credits her parents with stoking her interest in politics; she spoke to CNN in 2012, shortly after addressing the Democratic National Convention, about hearing dinner-table talk of “a woman’s right to choose, affirmative action and redistricting.” And playing the role of Olivia Pope on the runaway hit Scandal for the last four years has definitely given her experience with some of the behind-the-scenes machinations that take place in Washington — though hopefully the real city doesn’t have quite as much being covered up! (Photo via Larry Busacca/Getty Images)

7. Angelina Jolie: One of the original headline-making celebrity activists of her generation, Angelina Jolie has spent time on innumerable causes, going so far as to hold positions at the UN. In 2012 she was named a Special Envoy of the UN High Commissioner for Refugees. With the ongoing refugee crisis in the Middle East and climate change expected to make refugees of millions more in the coming decades, that kind of expertise would be perfect. (Photo via Milos Bicanski)

8. Maggie Gyllenhaal: She’s spoken up about feminism and the continued sexism of the film industry — notably the time she was told that, at 37, she was too old to play the love interest of a 55-year-old man. As with the choices she makes for roles, Maggie Gyllenhaal isn’t afraid to break the mold. We need more strong women like her in politics. (Photo via Michael Loccisano/Getty Images)

9. Dwayne “The Rock” Johnson: More famous for his former wrestling and current acting careers than his political involvement, The Rock is a quiet conservative who has actually already mused about running for office! He wouldn’t even be the first wrestler to make a political career. Jesse “The Body” Ventura was governor of Minnesota from 1999 to 2003 (and is considering running for president if Bernie Sanders doesn’t win the Democratic nomination). (Photo via Ilya S. Savenok/Getty Images)