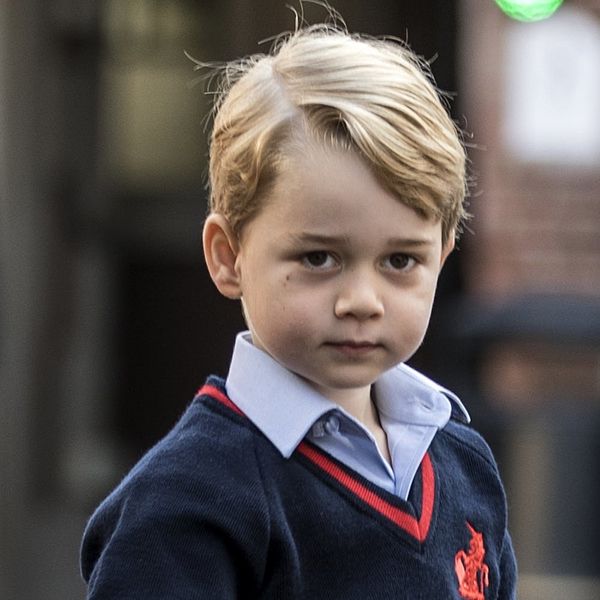 As Prince Harry and his new fiancée, Meghan Markle, prepare to start undertaking their first official engagements together this week, Prince William and Kate Middleton remain as busy as ever with appearances of their own. This week, during a visit to Finland, Prince William took time to visit the Christmas market at Helsinki’s Esplanade Park, where he delivered a handwritten letter from his son, Prince George, to Father Christmas.

“I had to give you this letter,” William said to Santa as he handed over the letter. Even though the paper contained five spaces for toy requests, Prince George’s note contained just one Christmas wish: a police car. “He hasn’t written down many requests, so I think one request is probably OK,” William said with a laugh.

The paper also contained a section for George to circle whether he had been naughty or nice this year. He circled nice, of course, and his dad backed up his claim. “He’s been a nice boy, a nice boy,” he said to Santa. The letter concluded with the little prince’s own handwritten signature.

The Duke then handed over a letter written from Prince George to Father Christmas. #RoyalVisitFinland #Finland100 pic.twitter.com/4SWITsMYv5

It’ll be an exciting holiday for the royals. Besides Harry and Markle’s big engagement and upcoming wedding, Middleton is expecting her third child with William, due in April 2018. And despite suffering from hyperemesis gravidarum early in her pregnancy, the Duchess of Cambridge is now well enough to undertake engagements as well. Just this week, she appeared at the Foundling Museum in London, where she shared in her growing family’s excitement.

“William and I are absolutely thrilled,” she told reporters of her brother-in-law’s engagement. “It’s such exciting news. It’s a really happy time for any couple and we wish them all the best and hope they enjoy this happy moment.”

What did you think of Price George’s Christmas wish list? Let us know @BritandCo!