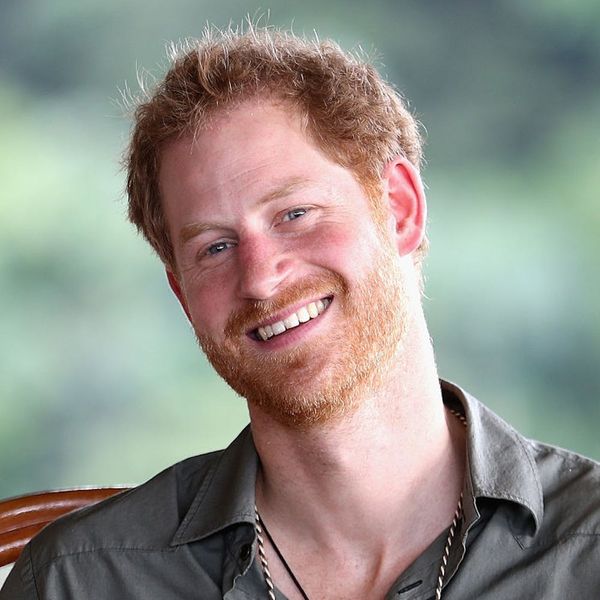 Prince Harry and his new girlfriend, Meghan Markle (Megharry… Harghan… we’re still working on it) are already shaping up to be the celeb power couple of 2017, and we’re only a week in. From the moment we saw the first photos of the pair together, we were swooning, and now, we’ve got even more reasons to ogle, as the prince just treated his lady love to the ultimate romantic getaway.

After spending New Year’s Eve together in London, the 32-year-old prince swept the 35-year-old Suits actress off her feet by whisking her away on a unique outdoorsy holiday in the “remote and beautiful town of Tromso on the Norwegian fjords,” reports The Sun. The couple stayed in a secluded cabin for utmost privacy and “enjoyed trips on the lake, whale-watching and spectacular sunsets in the snow.” Pretty dreamy, right?

Just wait — it gets even better. Apparently, the two managed to time their trip so that they were in Norway at the perfect time to catch the Aurora Borealis lights (!!!) in all of their breathtaking glory. Are you freaking kidding us?

A source told The Sun that Harry “wanted to make this first holiday something Meg will never forget” and, from the sounds of it, that’s exactly what he accomplished. He had good reason too: A second source revealed to E! that “Harry is more serious [about Meghan] than he ever has been about a woman before. It wouldn’t surprise me if he’s already thinking about engagement.”

We can only imagine how romantic THAT proposal would be! Here’s hoping!

Are Harry and Meghan giving you major #RelationshipGoals? Tweet us @BritandCo.