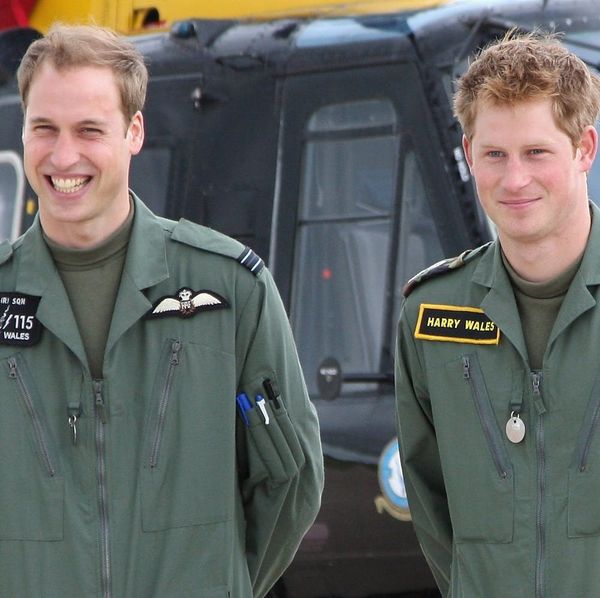 A prince by any other name is just as royal, but that doesn’t mean that the monikers for little princes and princesses are chosen willy-nilly (just take Princess Charlotte Elizabeth Diana as a prime example). In fact, there’s quite a lot of expectation around which names will be picked for possible future kings and queens, which is why Prince Charles had two classic names in mind for his sons. But it turns out that Princess Diana felt like they were “too old.”

Just for a moment, try to imagine Prince Albert and Prince Arthur. Yep, those are the names that Prince Charles suggested for Prince William and Prince Harry.

According to Pop Sugar, in an interview with Princess Diana that would go on to be published in the 1992 book Diana: Her Story by Andrew Morton, the mother of the princes admitted that she chose both William and Harry’s names after saying no to the ones Charles had wanted. When asked, “Who chose [Harry’s] name?,” Diana answered, “I did… I chose William and Harry, but Charles did the rest. He wanted Albert and Arthur, and I said no. Too old!”

So, William ended up as William Arthur Philip Louis (notice his second name?) and Harry was given the name Henry Charles Albert David (and there’s Prince Charles’ first choice as Harry’s third name).

The Duke and Prince Harry are pleased to share two more additional photographs from the personal photo album of the late Diana, Princess of Wales that feature in the new ITV documentary 'Diana, Our Mother: Her Life and Legacy.' The 90-minute film, made by Oxford Film and Television, celebrates the life and work of Diana, Princess of Wales in the 20th anniversary year since her passing. In the documentary, The Duke and Prince Harry recall fond memories from their childhood as they look through photographs in a family album assembled by the late Princess. 'Diana, Our Mother: Her Life and Legacy' will air on ITV at 9pm tonight.

However, it’s also interesting to note that we may not always know Prince William by that name. Of course, one day he may be given the title of king, but he will most likely NOT be King William. That’s because the reigning monarch often changes their name when they take the crown. For instance, if/when Prince Charles (born as Charles Philip Arthur George) becomes king, he’s expected to be known as King George VII.

So, perhaps a prince (or a king) *is* just as royal by any other name (as long as it’s equally noble).

What do you think about the fact that Prince William and Prince Harry were almost called Albert and Arthur? Let us know @BritandCo!