Should You Keep Your Finances Separate from Your Spouse? 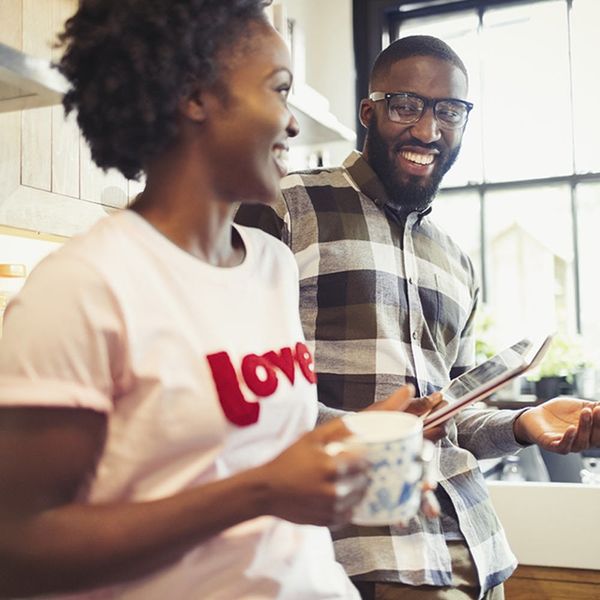 It’s been almost 19 years (!) since Destiny’s Child sang “Independent Women Pt. 1” (sing it with us now), but there’s still something delightfully liberating (though, at times, undeniably stressful) about paying your own rent, stocking your own closet, and maybe even funding your own higher education. So when we enter into a serious relationship or marriage with another person, it can feel almost unthinkable to pass over even a portion of our hard-earned paycheck to them. “Millennials are the first generation to lean toward keeping separate bank accounts after getting married,” says Andrea Williams, a Northwestern Mutual financial representative. “This, in part, comes from their age group getting married later and living together before tying the knot. Because this method is already working for them, there seem to be diminishing returns from bank account mergers.” But this doesn’t mean this strategy is without some drawbacks. Williams helped us distinguish the upsides and downsides of this new trend.

1. It compels both partners to be financially engaged. When or if one person does all the “work” as the result of a shared bank account, it’s easy for the other to let their attention wander. With separate accounts, both spouses are forced to be actively engaged in the status of their own bank accounts when they each have their own, Williams says.

2. It gives women more independence. Historically, men have been the primary moneymakers of households, a state of affairs that can lead to women being disadvantaged in the event of separation or divorce, according to Williams. But as social roles and the composition of couples have developed, this is no longer necessarily the case. With both partners often making money, maintaining separate accounts ensures both parties have a grip on their finances, no matter what circumstances arise.

3. It prevents some unnecessary conflicts. Monetary disagreements, particularly those regarding one party’s overspending, are a notorious motivator for divorce, Williams says. If each person’s money is exclusively their own, this issue doesn’t come up.

1. It could indicate differences in values. When two people get married, it is generally assumed that they have a similar worldview, including aligned priorities and spending philosophies, Williams explains. If a couple isn’t synced enough to seamlessly combine accounts, then that could an indicator of deeper differences.

2. It could breed distrust. According to some studies, couples who merge their finances are more likely to stay together because it means they feel a sense of trust, Williams says. Similarly, if a couple doesn’t feel comfortable joining accounts, this could reveal a significant issue within a relationship: a lack of faith in the other person.

3. It doesn’t facilitate as much bonding. Shared accounts necessitate increased communication and mutual goal-setting, which Williams refers to as a “bonding processes.” Both communication and goal-setting ultimately help solidify the foundation of the relationship, and separate accounts don’t allow for as many opportunities to develop these skills alongside your partner.

4. It doesn’t help develop security. According to Williams, having a joint account and using it to save for your future not only positions you and your spouse as a united front but also helps develop security for both of your simultaneously.

Williams’ recommendation — like the cure for most relationship-related dilemmas — is a compromise. “A good halfway point for this issue is having three accounts: one for each partner and one joint account,” she explains. If both partners get paid twice a month, each person could place one paycheck in the joint account and the second in their personal account, she says: “That way, there is still a mutual fund along with each person’s individual savings.”

Separate or shared? Let us know how you handle finances at BritandCo.

Annamarie Higley
Annamarie is a Californian who's been plopped in the middle of Missouri for her undergraduate studies in magazine journalism. She's a hiker, an eater, a lover of words. In her opinion, nothing beats a well-made breakfast sammy or a well-crafted sentence.
Money
Relationships
Money Relationship Advice
More From Relationships