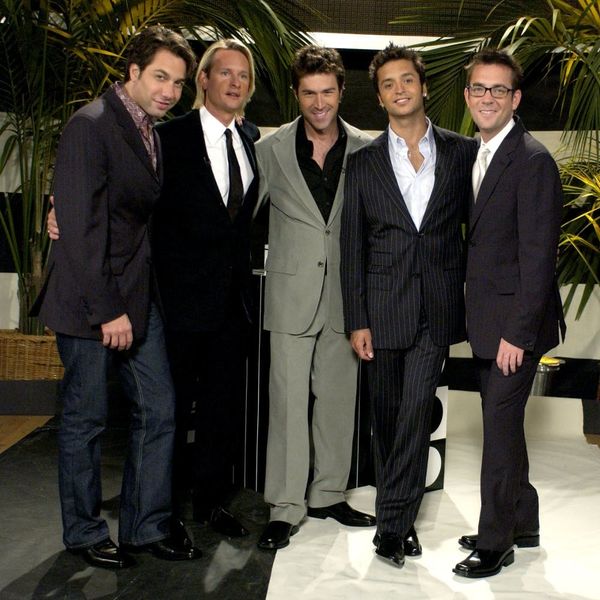 When Queer Eye for the Straight Guy first hit the scene back in 2003, hetero dudes were introduced to the lifestyle expertise of five, well, queer dudes. For four years, the team taught men (and viewers at home) how to take things up a notch when it came to food, fashion, design (have you tried this new app?) and so much more. Now, Netflix (soon to release a whole slew of romantic flicks for Feb) is bringing Queer Eye back… but with two MAJOR differences.

For those who need a refresher, the original “Fab Five” included Ted Allen (“Food and Wine Connoisseur”), Kyan Douglas (“Grooming Guru”), Thom Filicia (“Design Doctor”), Carson Kressley (“Fashion Savant”) and Jai Rodriguez (“Culture Vulture”). And though we adored the old team, it looks like they’re being benched for the revival. Bringing on an entirely new group of guys will be the first major change to the beloved show.

The second? Well, the new Fab Five will be taking on “the red states.” According to Mashable, Netflix intro’d the show by saying, “In a time when America stands divided and the future seems uncertain, a team of five brave men will try to bring us closer together with laughter, heart, and just the right amount of moisturizer.”

They continued, “The Emmy Award-winning Queer Eye is back and ready to Make America Fabulous Again. With a new Fab 5 and the show’s toughest missions to date, Queer Eye moves from the Big Apple to turn the red states pink… one makeover at a time.”

We can’t wait to meet the new Fab Five and see them in action!

Are you excited for the return of Queer Eye for the Straight Guy? What do you think about the new changes? Tweet us @BritandCo!