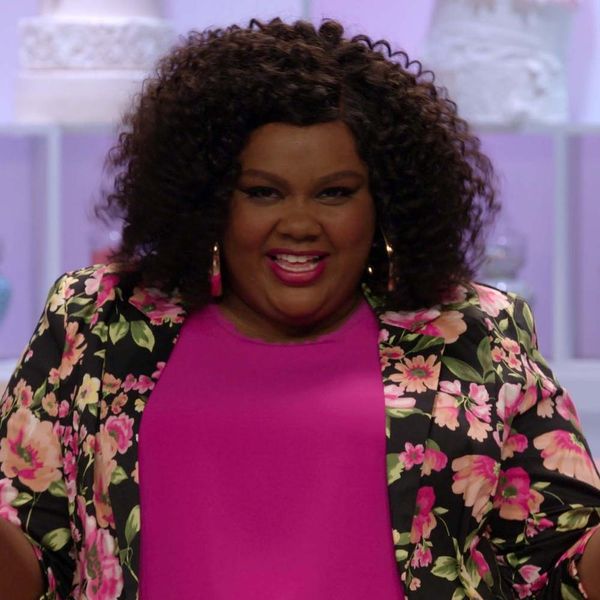 Season 2 of Netflix’s hit baking competition series Nailed It! is available today, June 29, and what better way for the show to celebrate than to host Queer Eye‘s Fab Five for a bake-off of their own?

Bobby Berk, Karamo Brown, Tan France, Antoni Porowski, and Jonathan Van Ness made their way to the Nailed It! kitchen for the crossover episode of everyone’s dreams. Host Nicole Byer and chef/judge Jacques Torres welcomed the boys before presenting them with fondant replica cupcakes of themselves, which they were challenged to recreate.

To avoid an unfair advantage, Porowski, who serves as Queer Eye‘s food and wine expert, was chosen as a guest judge as the remaining four set out to replicate their costars’ fondant likenesses. Van Ness was typically confident in his creation, while Brown struggled with the challenge, calling the kitchen his own personal “sunken place,” a reference to the hit 2017 horror film Get Out. France (sweet, sweet France) hurried to his rescue, though, teaching him some techniques to get him across the finish line.

Of course, Nailed It! is all about the baking fails, and without giving away the ending, we’ll just say that some of the Fab Five’s attempts had us cry-laughing. Van Ness even had to tell Porowski to “be nicer!” in his judging of the final products. (Note to Netflix: We would watch a full season of Queer Eye/Nailed It! crossovers.)

Watch the full video above, and check out the second seasons of both Nailed It! and Queer Eye on Netflix now.

What other crossovers would you like to see? Let us know @BritandCo!