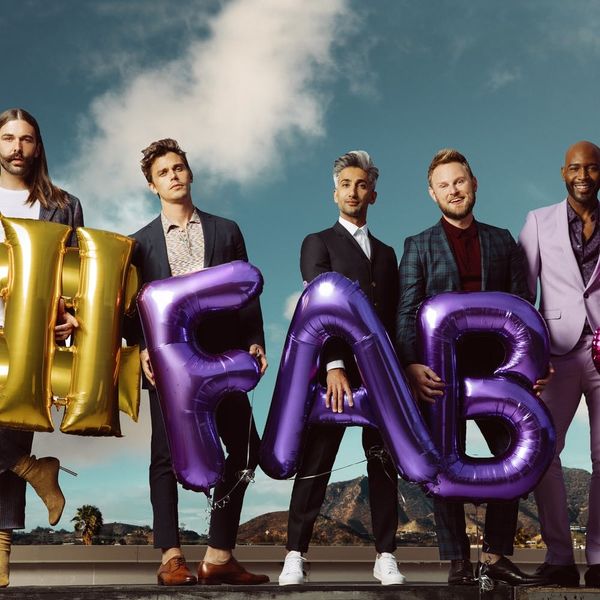 New episodes of Queer Eye will debut on Netflix on June 15, and by the looks of the first trailer, season 2 might be even more of a tear-jerker than season 1 — if that’s even possible.

We’ll also meet Skyler, a trans man who just wants to “be visible and be present and let everybody know that I’m okay.” Check, check, and check. “People are going to know they can thrive and succeed because of you,” Brown tells him.

“I’m not crying, you’re crying,” the trailer tells us. And yeah, we are.

Season 2 won’t just be emotional for viewers, though. Toward the end of the trailer, Porowski is seen breaking down in happy tears as Tammye tells him and the rest of the Fab Five to “continue making this world a better place.”

Porowski previously admitted back in May that the public’s response to the first season had overwhelmed him. “I’m a very sensitive person, I take all that stuff in. But it’s hard to do it on a street when it’s somebody random who you’ve never met before. … So I would keep all of it bundled up in my heart, and I would just come home and wail-cry into my pillow because it’s… [pauses as his voices quivers and he tears up] it’s been really beautiful. It’s just so much bigger than all of us.”

Check out the trailer above and get ready for “all the feels” when Queer Eye season 2 premieres on June 15.

Did you tear up watching the trailer for season 2 of Queer Eye? Let us know @BritandCo!