This Is the Cutest Selfie Trend Ever 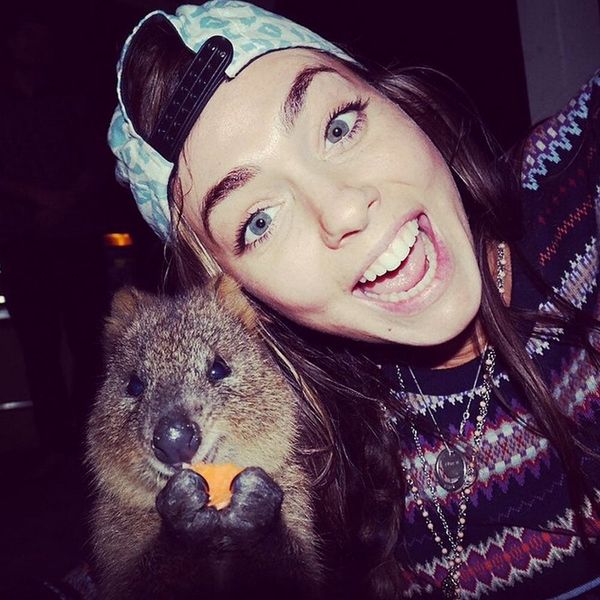 Hey Australia, why you gotta go hogging all the cute animals? First the koalas, then the kangaroos and wombats and now the quokkas… What’s a quokka? We’re so glad you asked. It’s only the cutest, most photogenic animal ever – and it seems we’re not the only ones who think so. The Australian marsupial was deemed “the happiest animal in the world” according to NPR and has since become the latest selfie partner for tourists. Seriously folks, prepare yourself for the extreme cuteness you’re about to witness.

Coming in at about the size of a house cat, these adorable little critters are known for their generally friendly demeanor and upturned mouths that look a whole lot like a smile. Quokkas aren’t afraid of humans and will readily approach them, making that all-star Instagram snap a piece of cake.

So, where on the continent can you find these amazing little creatures? The quokka is found in abundance on Rottnest Island off Perth, in western Australia where the current quokka population is estimated to be 10,000. According to NPR, “The quokka was considered to be extinct on Australia’s mainland at one point, but it has since rebounded somewhat.”

For even more quokka cuteness, check out the hashtag #quokkaselfie over on Instagram.

Do you have any adorable animal selfies? Share them with us in the comments below!

Cortney Clift
Cortney is the senior writer and special projects editor at Brit + Co. She typically covers topics related to women's issues, politics, and lifestyle. When she's not buried behind her computer you'll find her exploring New York City or planning her next big adventure.
Selfie
Home News
Selfie