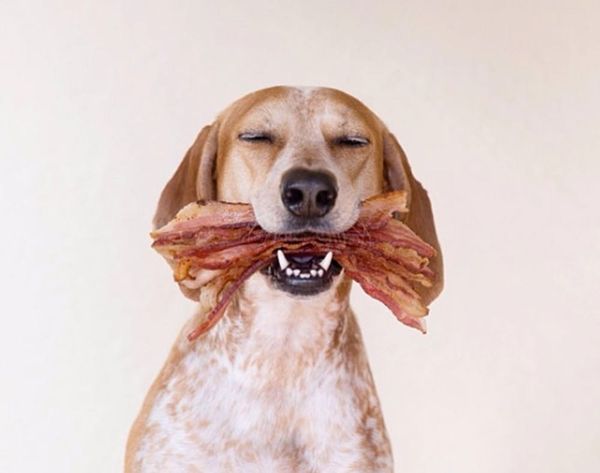 When it comes to Super Bowl halftime entertainment, no music superstar could sway us to turn our wide-eyed gaze away from the most adorable sporting match known to man’s best friend: the Puppy Bowl. And when the whistle blows and the league’s floppiest players leave the stadium, we rest easy knowing that we can open Instagram to get our furball fix while the Most Valuable Paws rest up for next year. These 20 animal Instagram accounts are the most aww-inducing out there—the cutest corgis, the cuddliest kittens, and the plumpest mini pigs are all accounted for. We hope you can handle it.

1. Corgnelius and Stumphrey: Watch the adventures of these corgi P.I.C. unfold, one nose bump at a time. (via @Corgnelius)

3. Mr. Smoosh: We fell hard for Mr. Smoosh, a stumpy, wide-eyed exotic shorthair whose favorite pose resembles the too-casual repose of TV’s one and only Al Bundy. (via @SmooshBlog)

4. Pudge: Is it just us or does Pudge remind you of Ron Swanson too? (via @PudgeTheCat)

6. Menswear Dog: Meet the most dapper dressed dog on Instagram. Fellows, you may want to take a few pointers from this stylish Shiba Inu. (via @MenswearDog)

7. Darcy the Flying Hedgehog: With his favorite miniatures in tow, this roly poly hedgehog slumps into whatever vessel he’s placed in. We imagine he loves every minute of it as much as we do. (via @DarcyTheFyingHedgehog)

8. Hamilton the Hipster Cat: Yep, this cat had a perfectly waxed ‘stache way before neighborhood Speakeasy’s mixologist did. (via @Hamilton_the_Hipster_Cat)

9. Dada: Oh man does this little guy know how to milk it for the camera! We’re nominating Dada for cutest of the cutest for sure. (via @Dog_Dada)

11. Colonel Meow: Sad news—Colonel Meow is now in kitty heaven :( We thank him and his constantly shocked expression for making us smile. Do check out the photos that capture the life of this absurd looking dude. (via @ColonelMeow)

12. Pootle: Everything freaks out Pootle, from freshly fallen snow to doggy birthday cake. These moments really are priceless. (via @PootlePug)

13. Eddie, Rambo, and Marbles: Big fluffy bunnies. That’s all you need to know. (via @BunnyMama)

14. Tuna: Tuna is a chiweenie who embraces his overbite. We speculate his collar tag reads I Woke Up Like This. (via @TunaMeltsMyHeart)

15. Spangles the Cross Eyed Kitty: Spangles the cross eyed kitty is loving life. Seriously, a sad cat would never dress up as a pirate. (via @Spangles09)

16. Yogurt the Pirate Dog: Tongue out like ya just don’t care, Yogurt is by far the happiest looking one eyed pup around. How could you not want to snuggle this little nugget? (via@Yogurt_thePirate)

17. Jamon: Jamon is a mini pig who’s always up for an outdoor adventure. Seriously, he goes on more walks than some dogs we know. (via @JamonThePig)

18. Maddie: These last few Instagram accounts are perfect for those who squeal over both cute animals and great design. Maddie is the perfectly lit subject of many of ThisWildIdea’s expertly composed photos. (via @ThisWildIdea)

19. Siggy: And here’s one for design-minded ladies: patterns, flowers, and a fluffy pooch. Follow Sara Wenokur if that sounds up your alley. (via @SaraWenokur)

20. Turkey Temple: We’ll end this roundup with an in-house hound: our team’s latest doggie addition, Turkey Temple. Follow his ‘round-the-office shenanigans here, and be sure to keep up with the other social media-savvy #DogsOfBritAndCo Pixel and Nellie. (via @TurkeyTemps)

What aww-inducing social media accounts do you follow to pass the time? Tell us in the comments below.