Rose Byrne and Bobby Cannavale Have Welcomed Baby No. 2! 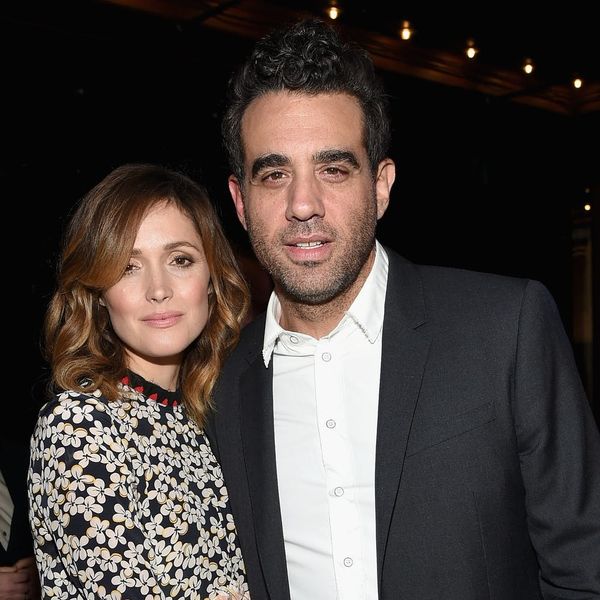 Over the summer, Rose Byrne and Bobby Cannavale revealed that they were giving their son Rocco a little sibling. And while we haven’t heard much (or rather, anything at all) about the pregnancy in the meantime, there are reports that the family has just welcomed baby No. 2 into the world!

The famously private stars have stayed mostly out of the spotlight since they made the exciting pregnancy announcement, but both E! News and People report that the new baby is here.

While we don’t know when exactly the little one arrived or what name they’ve given him or her, we’re sure that whatever moniker they agreed upon is just as special as the one they chose for their son. The 38-year-old Bridesmaids actress and 47-year-old Mr. Robot actor, who have been together since 2012, became parents to Rocco Robin on February 1, 2016. Cannavale explained to People, “His middle name is her dad’s name, Robin.” So sweet!

As for Rocco’s first name, Cannavale said, “We liked the way it rang together.” Rocco Robin definitely rrrrrolls off the tongue.

The proud papa appeared on The Late Show With Stephen Colbert just four days after becoming a dad for the first time, telling the host, “We’re just really, really over the moon. We’re in bliss right now.”

He went on to gush about how Byrne had taken to motherhood, saying, “She’s incredible — she’s what you’d think she’d be. She’s beautiful and wonderful and he’s a beautiful boy.”

We’re sure she’s managing just as well the second time around. Congratulations again to the happy family!

What do you think Rose Byrne and Bobby Cannavale should name baby No. 2? Let us know @BritandCo!

Desiree O
Desirée O is a ‘Professional Bohemian’ who loves anything and everything related to the arts, entertainment, and pop culture. She ADORES being a ‘Newsy’ for Brit + Co, covering all of the latest tidbits of awesomeness that you want to read about. When she’s not writing, she’s either making messy art, going on long adventurous walks with her camera, or poking around over at bohemianizm (http://www.bohemianizm.com/). You can find out about Desirée O and her work at http://DesireeO.com/ or follow her on Twitter @DesireeO.
Baby
Celebrity News
Baby Celebrity Baby Celebrity Couples
More From Celebrity News