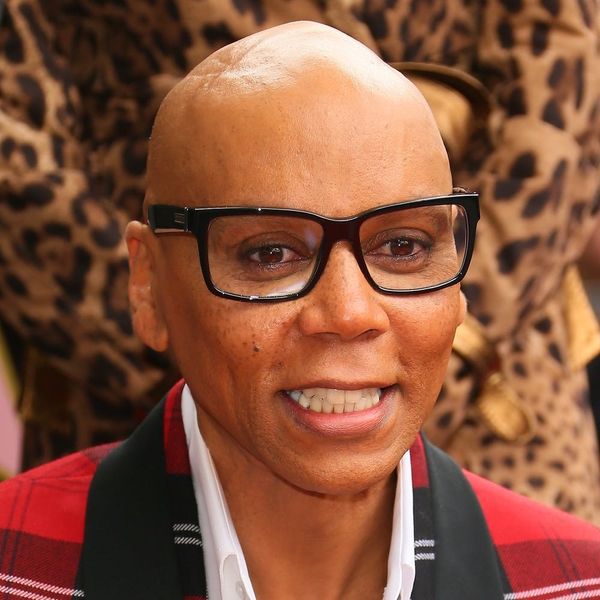 The Hollywood Walk of Fame just got a little bit brighter! At 57 years old, RuPaul, who has been on the scene since the early ‘90s, when he burst onto the world stage with his hit single “Supermodel (You Better Work),” was honored this weekend as the very first drag queen to ever receive a star.

He went on to thank all those who helped him achieve that dream, choking up as he added, “This is absolutely the most important moment in my professional career.”

Among those in attendance to honor the reality star was Hollywood legend Jane Fonda, who called him “a man of great depth, incredible intelligence, and compassion” and husband Georges LeBar, whom he wed back in March of last year.

In addition to being a huge moment for Ru, it was also a huge moment for the LGBTQ+ community: the Girlboss actor has given a massive platform to drag queens of all sexual orientation and gender identity with his RuPaul’s Drag Race series since 2009, and in earning his own star, he shattered yet another societal barrier for the group at large.

Congratulations to the much-deserved star!

Who would you like to see receive their star on the Walk of Fame? Share with us over @BritandCo.

Nicole Briese
Nicole is the weekend editor for Brit + Co who loves bringing you all the latest buzz. When she's not busy typing away into the wee hours, you can usually find her canoodling with her fur babies, rooting around in a bookstore, or rocking out at a concert of some sort (Guns N' Roses forever!). Check out all her latest musings and past work at nicolebjean.com.
Celebrities
Gender Issues
Celebrities Gender LGBTQ
More From Gender Issues