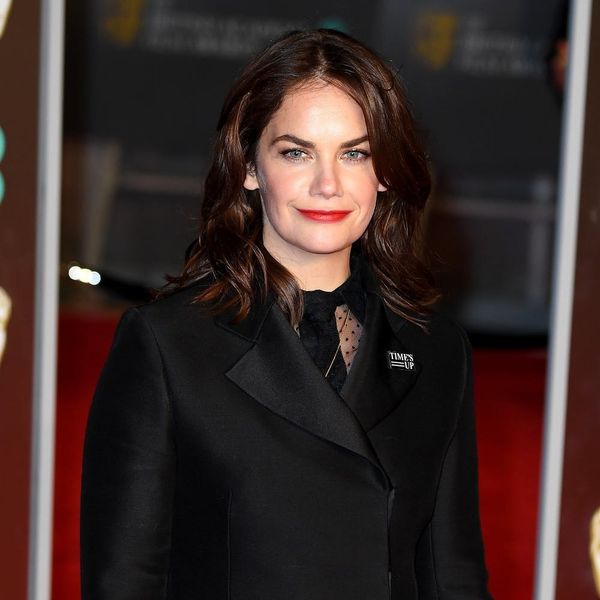 Warning: Spoilers ahead for season 4 of The Affair.

The Affair will wrap up its fourth season with the Sunday, August 19, finale, which we hope will give closure to Alison’s tragic story. Ahead of the episode, Alison’s portrayer, Ruth Wilson, opened up for the first time about her character’s recent and shocking on-screen death, and how her exit from the show came to be.

Earlier this month, showrunner Sarah Treem told The Hollywood Reporter that Wilson requested to leave the series, and that they wrote the fourth season with that in mind. On Thursday, August 17, Wilson confirmed to CBS This Morning that she “did want to leave,” but said cryptically, “I’m not allowed to talk about why.”

The mysterious comment compelled host Gayle King to press her further, asking the actress whether her decision to leave was based on pay inequality. Wilson, who earlier this year spoke about her costar Dominic West getting paid more than her, said she had “never complained to Showtime about pay parity.”

Fans of The Affair were shocked when, on the August 5 episode of The Affair, Wilson’s character was found dead after having gone missing. While it initially appeared to be a suicide, the August 12 episode, told from Alison’s perspective, seemed to suggest that she had been murdered.

In response to Wilson’s comments about leaving the show, Showtime said that her exit was a creative choice. “We can’t speak for Ruth, but heading into season 4 everyone agreed the character’s story had run its course,” the network told The Hollywood Reporter in a statement.

“Ultimately, it felt like the most powerful creative decision would be to end Alison’s arc at the moment when she had finally achieved self-empowerment. The impact of her loss will be felt as the series concludes next season. We thank the many fans who embraced the character of Alison and especially thank Ruth for her indelible work over the past four seasons.”

The Affair was recently renewed for a fifth and final season. The season 4 finale will air on August 19 on Showtime.

Were you surprised by Ruth Wilson’s exit from The Affair? Let us know @BritandCo.