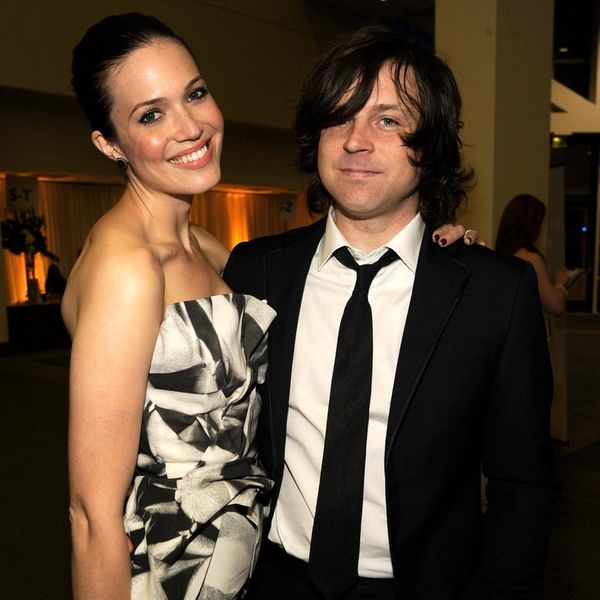 Since going their separate ways in 2015, Mandy Moore and her now-ex-husband, singer Ryan Adams, haven’t spoken much about the end of their marriage. But after last night’s season two premiere of Moore’s NBC hit, This Is Us — which left us collectively sobbing into our couch cushions — Adams sent a simple tweet to his ex that proved there is such a thing as #breakupgoals, and that even rock stars want to know what happened to Jack Pearson.

How’s everyone doing?? You with us? #ThisIsUs

As the end credits started rolling on Tuesday’s episode, Moore tweeted to fans, “How’s everyone doing?? You with us? #ThisIsUs.”

Adams immediately responded in kind with a charming tweet of his own, letting his ex know that he still supports her and wishes her the best. “Always!” he replied. “Rooting for you.”

Always!
Rooting for you. #thisisus https://t.co/qV0qHyW95s

Back in 2016, Moore revealed during the Television Critics Association tour that while their split had been “tough,” it was a good change for her to focus on herself after spending a long time focused on her marriage.

“I think I spent a good portion of the last years of my life really pouring all of my energy into my life and relationship, and now that’s sort of not part of my life anymore,” she said at the time. “It’s just not a coincidence to me that things sort of opened back up, and I’m able to focus back on myself again.”

Adams, for his part, spoke briefly about their split in an interview with Vanity Fair in August. “For me, the best thing you can do as a man in loving someone is to do your best, go on that walk, and at the end of that walk be as much of a gentleman as you were in the beginning.”

It sounds like he’s sticking to that. Add these two to the ever-growing group of celeb exes who prove that even if a relationship ends, your friendship can endure.

Are you friendly with any of your exes? Tell us @BritandCo.